"I would’ve loved some more scenes with me and Missandei"

Emilia Clarke has revealed how she would change the season eight finale of Game of Thrones and, like most people following last night's ending.

The actor, who played Daenerys Targaryen in the wildly popular HBO series, said that while she was fine with how the show ended, there were a couple of things that she herself would have done differently.

"I would’ve loved some more scenes between Grey Worm and Missandei. I would’ve loved to see a bit more between Cersei. I feel like there was... The genocide was there. That was always going to happen." 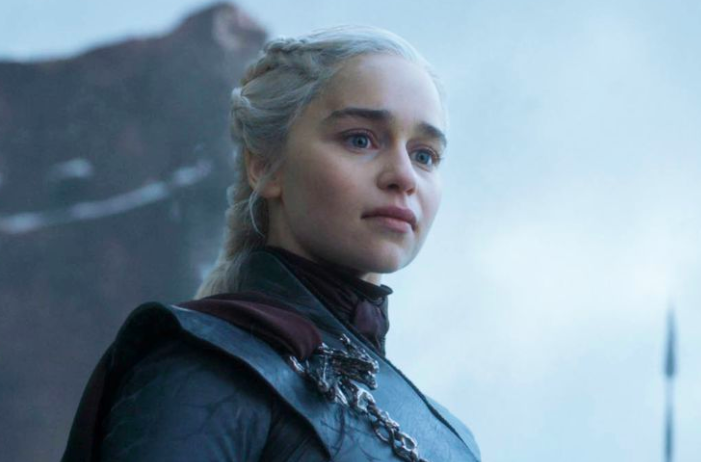 END_OF_DOCUMENT_TOKEN_TO_BE_REPLACED

Clarke went on to say that writers Benioff and Weiss have created some amazing dialogue-heavy scenes between characters in the past, and that it was a bit of a shame to not have a lot of that in the final season.

"I just wanted to see a bit more of that," she said. "I just think more dissection and those beautifully written scenes that the boys have between characters — that we are more than happy to contently sit there and watch ten minutes of two people talking, because it’s beautiful."

However, unwilling to criticise the show too much, Clarke said it wasn't really her place to "... critique the geniuses that have written eight seasons’ worth of wonderful stuff."

popular
The JOE Friday Pub Quiz: Week 232
Aldi announce new packaging ban to come into action across supermarkets nationwide
Scarlett Moffatt Discovers ‘30% Rain’ On Weather App Doesn’t Mean Chance of Rain
Slowthai agrees to stop spitting in fans' mouths at gigs due to Covid-19
A definitive ranking of every swear word from worst to best
Making your bed is actually bad for you, doctor claims
UEFA likely to choose England as sole host nation for Euro 2021
You may also like
Football
Jose Mourinho reveals his incredible desk chair with Batman and Game of Thrones logos on it
Entertainment
Jason Momoa says he ate pizza every day while playing Khal Drogo in Game of Thrones
Fitness & Health
The Mountain explains how he's been dieting to lose 36kg for Eddie Hall fight
Uncategorized
Game of Thrones and James Bond star Dame Diana Rigg has died aged 82
Fitness & Health
The Mountain: Hafthor Bjornsson hits back at Eddie Hall after 501kg world record deadlift
Next Page