She had never met him at the time.

It was along ago now that comedian Ellen Degeneres came out as gay, all the way back in 1997 when it was revealed in a special episode of her sitcom Ellen, titled 'Coming Out'. 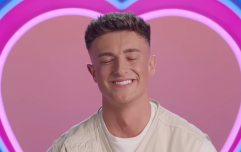 END_OF_DOCUMENT_TOKEN_TO_BE_REPLACED

It was widely celebrated at the time but the popular talkshow host has now revealed on a podcast for Armchair Expert that Elton John was less than supportive of her after her announcement.

Speaking to Dax Shepherd she admitted that she didn't get the reaction she been expecting from the gay community, saying:

"Even Elton John said, “Shut up already. We know you’re gay. Be funny”. I had never met him and I thought, 'What kind of support is that from a gay person?' But everybody assumed I was just non-stop talking about. It hurt my feelings."

Degeneres has been married to Australian actress Portia de Rossi since 2008 and said that ABC made the decision to "finally let her come out". 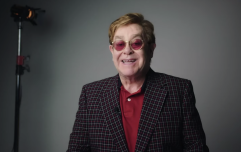 END_OF_DOCUMENT_TOKEN_TO_BE_REPLACED

The unexpected backlash that did occur, however, left her depressed, and the show ended up getting cancelled shortly after.

"No-one would touch me. I had no agent, I had no possibility of a job, I had nothing,’ she explained. ‘The gay community, it’s a really difficult line to walk. Some people thought, 'You’re not gay enough, and you’re not doing enough for our community, and there are so many that have done more.'"

"And I was like, 'I didn’t say I was your leader, and I didn’t say I have done more. I just want to be a comedian, and I just happen to be gay'."

Things worked out for her though as The Ellen Show began in 2003 and has been hugely successful ever since, in large part due to its strong advocation of equality and gay rights.