The animated film is set to hit the big screen in May next year.

Dwayne 'The Rock' Johnson has been cast in the upcoming Warner Bros. movie DC League of Super-Pets, taking on the role of Krypto the Super-Dog. 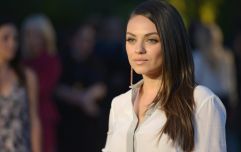 END_OF_DOCUMENT_TOKEN_TO_BE_REPLACED

The animated film centres on Superman's dog, who teams up with a flying cat to stop crime while the famous Man of Steel is not around. It is set to be released in cinemas on May 20 2022.

Written and directed by Jared Stern, the film will be the first-ever feature to star Superman's pet. As of yet there have been no other announcements regarding other cast members, but Variety reports that the studio is hoping to get an A-list cast to voice the other two and four-legged heroes and villains in the film.

Been “classified” for a while now - excited to finally announce it, because I know the FUN this movie will bring families 🌎😊
From #BlackAdam⚡️ to Superman’s dog, #Krypto 🐕 it’s a privilege to help build out our @DCComics Universe.
“DC’s LEAGUE OF SUPER PETS”@SevenBucksProd https://t.co/KMdvR1Vy6v 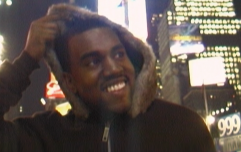 END_OF_DOCUMENT_TOKEN_TO_BE_REPLACED

Not only is Johnson voicing the main character, but he is also producing the movie through his company Seven Bucks Productions.

It is not set to be his only appearance in the DC universe though. The Rock is playing super villain Black Adam in the character's big-screen debut next year. Black Adam will also star Noah Centineo, Aldis Hodge and Pierce Brosnan, and will be released on July 29, 2022.

It seems that Johnson is a busy man at the moment though. He has a number of other movies in the works, including Disney’s Jungle Cruise, an action adventure inspired by the theme park ride (set for July 30), as well as Red Notice, a comedic thriller that co-stars Gal Gadot and Ryan Reynolds. That film, which was originally at Universal, was sold to Netflix and will debut on the streaming platform sometime in 2021.

popular
Liverpool crowned Premier League champions, but only on aggregate
This 'Welcome to Luton' prank sends Gatwick Airport arrivals into a frenzy
Volcano where mutant sharks live in acidic underworld crater is erupting
Ukrainian refugee who ran off with dad finally speaks out and blames man's partner for split
Shocking moment lion rips off man's finger after he sticks his hand into zoo cage
Noel Gallagher left 'covered in blood' after headbutt from Ruben Dias’ dad
Johnny Depp trial: Kate Moss ‘testifying’ in defamation case against Amber Heard, report claims
You may also like
News
Alec Baldwin shares cryptic post hours after being sued by Halyna Hutchins' family over fatal shooting
Entertainment
Christmas movies: The definitive ranking of the best festive films of all time
Entertainment
If Die Hard is a Christmas film, then so is Lethal Weapon
Entertainment
Drive officially ranked Ryan Gosling's best film
Entertainment
The definitive list of movies and TV to see you through autumn
Next Page