It's set to hit Disney+ next year

The first image from the upcoming Monsters Inc spin-off show has hit the internet.

Monsters At Work will follow on from the first movie and features original stars Billy Crystal and John Goodman returning as the voices of  Mike Wazowski and James P. “Sulley” Sullivan respectively - but the show will focus on a new character Tylor Tuskmon, voiced by Ben Feldman.

The show was announced back in 2017, but we haven't actually seen anything from it - until now, as Feldman shared the first image of Tylor on his Instagram.

So I couldn’t be more excited to finally show you this 1st look painted rendering of me, Tylor Tuskmon, the eager & talented mechanic on #MonstersAtWork -an original #DisneyPlus series coming in 2020. This show is crazy fun & I’m so hyped to have finagled my way into the @disney fam. -also if I’m not really your thing, Mike & Sully from the other Monsters movies are back too so relax


Feldman describes Tylor as an "eager & talented mechanic" at the Monsters Inc factory, and says the show has been "crazy fun" to work on. 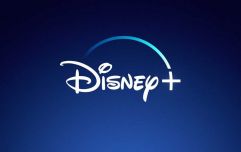 Test your knowledge with the Ultimate Disney Quiz

END_OF_DOCUMENT_TOKEN_TO_BE_REPLACED

He goes on to add "Also if I’m not really your thing, Mike & Sully from the other Monsters movies are back too so relax."

Along with Goodman and Crystal, Jennifer Tilly is also returning to voice Celia, the one-eyed receptionist for Monsters, Inc. and Mike's girlfriend, as well as Jon Ratzenberger as Yeti.

Monsters At Work is being made for Disney+, their upcoming new streaming service which will also feature several TV shows set in the Marvel Cinematic Universe, and is due to be released in 2020.

Monsters Inc hit cinemas in 2001, and was followed by prequel Monster University in 2013.


popular
The JOE Friday Pub Quiz: Week 199
A definitive ranking of every swear word from worst to best
Here's how to recover all your deleted Facebook photos and messages
Who is the most handsome footballer in the Premier League?
PlayStation and Xbox users will now be able to play against each other online
These are the most common sex dreams and what they actually mean
Here's how to see who's been taking screenshots of your Instagram Stories