Despite only opening in May, the new Star Wars-themed Galaxy's Edge area at Disney World in California is already hugely popular, and a similar attraction is set to open in Florida this August.

So following in their money-making footsteps, The Los Angeles Times is reporting that Disney is now gearing up to make some Marvel-themed sections in their parks, with rumours already circulating that there is construction happening in what used to be the A Bug's Life section in the California park.

Nothing has been confirmed as of yet, including when any of this is expected to open, with full details expected to arrive during the Disney convention in August this year.


But so far the rumours circulating tell us that the new section will involve visitors assisting Spider-Man in fighting villains in the area, using some top-of-the-line technology to give the non-superheroes the full immersion they'll need in order to feel like they can take on some of the biggest and baddest MCU baddies. 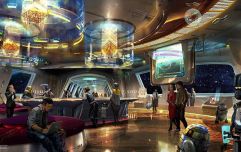 END_OF_DOCUMENT_TOKEN_TO_BE_REPLACED

This should also mean that visitors will get to hang out with members of the MCU themselves (in much the same way that you can currently hang out with any number of the Disney movies as they stroll around the Disney parks streets). So if it was your dream to run up and hug Thor, or ask Black Widow for a high-five, then it might be time for you to get excited!

Of course, the back-and-forth between the parks and the movie's isn't just one way. The Pirates Of The Caribbean began life as a sort of water-based ghost-train ride, before we got five movies out of it, while Jungle Cruise (starring The Rock and Emily Blunt), also based on a sort of water-based spooky train ride, is due to arrive in cinemas in July 2020.


popular
Man designs football kits for the UK's biggest supermarkets
Qantas CEO says they won't let anti-vaxxers fly internationally
Britain braced for coldest winter in eight years
QUIZ: Can you beat The Beast's score from his appearance on Who Wants to be a Millionaire?
BBC newsreader cracks up on air presenting story on man playing piano for monkeys
Boris Johnson: MPs do not deserve pay rise
QUIZ: You have three minutes to answer this very simple question about Oasis