As Coronation Street fans will know, Norris Cole has been a hugely popular character since his first appearance on the soap in 2014.

END_OF_DOCUMENT_TOKEN_TO_BE_REPLACED

After last night's episode, fans have questioned whether he has been killed by one of Corrie's worst ever villains, Pat Phelan.

Although Pat hasn't returned to Weatherfield just yet, viewers know that he's still alive and is staying in a caravan in Wales. 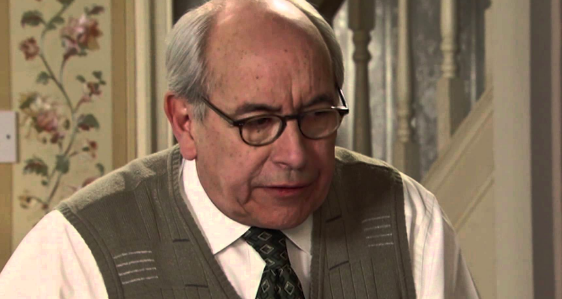 A few months ago, it was announced that Malcolm Hebdem, the actor who plays Norris, was taking time off from the soap.

END_OF_DOCUMENT_TOKEN_TO_BE_REPLACED

Now people are convinced that his character has been killed off by the evil Pat Phelan and took to Twitter to share their thoughts.

The reason behind this thinking is the fact that during last night's episode, Phelan was pictured wearing a pair of glasses very similar to those often worn by Norris.

Of course, it's probably putting two and two together and getting twenty but then this is soapland and anything is possible.

Phelan is expected to make a return to the cobbles next week and it's sure to be explosive...