Friday night's episode saw the end of Pat Phelan's storyline. There were some new arrivals during the 30 minute episode, as well as some familiar faces announcing they would be leaving the cobbles.

END_OF_DOCUMENT_TOKEN_TO_BE_REPLACED

Among them were Anna and Faye Windass, who appeared to be leaving for a new life. However, it appears that all may not be as it seems.

After being released from jail (and killing Pat Phelan), Anna revealed that she wouldn't be staying in Weatherfield as she wanted a fresh start.

Her daughter, Faye, said that she wanted to join her - much to the disappointment of her father, Tim Metcalfe, and her boyfriend, Seb Franklin.

However Mikey North, who plays Gary Windass, told Digital Spy that Faye was simply visiting, adding: "Ellie's back. Faye just goes to visit her mum and stays with her." 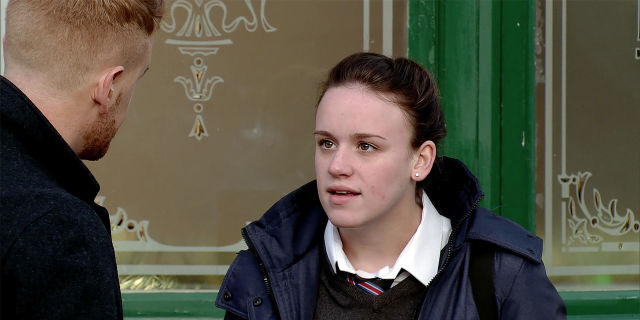 END_OF_DOCUMENT_TOKEN_TO_BE_REPLACED

He also weighed in on the departure of Pat Phelan, including the fact that it wasn't Gary who ultimately brought the killer down.

He said: "I think if Sarah hadn't been there, Gary would have done. Having heard Phelan rile him about his mum and sleeping with his mum, that was Gary seeing red. So I think he would have gone a bit further if Sarah hadn't put him off the idea.

"I'd have loved to be the one who did it, although my job security may not have! I'm quite glad Debbie Rush has done that bit for me. I'm actually trying to persuade Debbie to come back full time but she's not biting yet!"