The best one-on-one conversations in the history of movies

McVitie's and Mind are encouraging the nation to get together over and biscuit and a cuppa and get talking. To find out more click here

Talking is important. Just taking time out, with a friend or family member, to catch up and chat about whatever. We don't do it enough, and it's something that needs to be celebrated.

It is also something that has been the inspiration for some brilliant scenes in movies. Sometimes, a film doesn't need special effects, or big set pieces to create drama - just two people, face to face, opening up to each other.

So with that in mind, here are some of the greatest on-screen one-on-one conversations.

Sometimes you need to have a good conversation with someone older and wiser than you, someone who can hand down a bit of life experience. Good Will Hunting features several scenes like that between Will (Matt Damon) and his therapist (Robin Williams) – but none is more powerful than when Williams explains how he knew his late wife was the one for him. 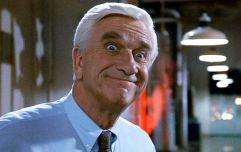 END_OF_DOCUMENT_TOKEN_TO_BE_REPLACED

Based on the real-life experiences of writer William Reiser, 50/50 stars Joseph Gordon-Levitt as Adam, a man in his late-20s diagnosed with cancer. It’s a difficult thing for anyone to go through at any age, but the key theme of the film is how his best friend Kyle (Seth Rogen) sticks by him. It’s not about the big, deep conversations they have that define the film, it’s about the little chats – like the scene where Adam realises that he might never get to drive a car. Taking a moment to talk about these things is important.

Kevin Smith shot this iconic early 1990s slacker classic in the very same convenience store where he worked at the time – and that authenticity shines through, particularly the relationship between clerks Dante and Randall. On the surface, they bicker and squabble, with the diligent Dante and the irresponsible Randall seeming like an odd fit – but their endless conversations through the movie, with topics ranging from work to relationships to Star Wars, show a genuine bond.

The gold standard of iconic movie conversations. After decades of being two of the most beloved actors of their generation, and almost becoming synonymous with each other despite never sharing the screen together previously, Michael Mann’s sprawling heist saga finally brought Al Pacino and Robert DeNiro face-to-face for the first time (they were, of course, both in The Godfather Part II, but characters were separated by decades). 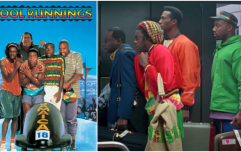 END_OF_DOCUMENT_TOKEN_TO_BE_REPLACED

DeNiro and Pacino are on opposite sides of the law, a career criminal and an LAPD lieutenant respectively, playing a game of cat and mouse. They don’t meet until about halfway through the film, until they sit down together in a café. The film slows down, almost acknowledging the momentous movie history being made. And it is a moment that lives up to the best of both men’s careers. The "don't let yourself get attached to anything you are not willing to walk out on in 30 seconds flat if you feel the heat around the corner" speech being as good as DeNiro has ever been.

Richard Linklater's 1995 film Before Sunrise is a true indie classic. American backpacker Ethan Hawke and French student Julie Delpy, both on their way back to their respective home countries, meet by chance on a train in Budapest and spark an instant connection. Over the span of one night, they talk, they kiss, they possibly fall in love, but go their separate ways, with the movie ending ambiguously as they choose not to share phone numbers but just meet back in the same location in six months time.

On its own, it beautifully captures those endless conversations about life, love and the future you have when you are young. But what gives it real resonance is that Linklater, Hawke and Delpy would reunite for two follow-up movies, Before Sunset and Before Midnight, in 2004 and 2013, to document similar one-day reunions between the couple. Both filled with grand discussions on the same subjects, only with now with the hindsight of life experience, and the bittersweet pangs of nostalgia.

Samuel L. Jackson and John Travolta's Jules and Vincent might be hardened gangsters, but their first scene in Pulp Fiction shows them as just regular guys, chatting about Vincent's recent trip to Europe, and in particular, the subtle differences between fast-food chains in Holland and America.

They are just normal guys, chatting about the things most mates chat about, despite being in an ultra-clever crime epic. That's the genius of Quentin Tarantino. Many have tried to imitate his iconic dialogue, but no one writes it quite like him.