If there's one actor working today known for their dedication to looking the part, it's Christian Bale.

The 44-year-old actor lost 63 lbs for The Machinist, then gained 100 lbs to play Batman in Christopher Nolan's Batman Begins just six months later. His commitment to the job was loudly and angrily demonstrated when Bale went berserk on the set of Terminator Salvation when distracted by a member of the crew. 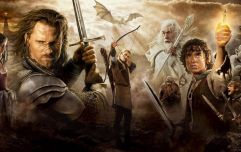 QUIZ: Identify these 50 movies from the 2000s by a single image

END_OF_DOCUMENT_TOKEN_TO_BE_REPLACED

Now the Oscar winner is back in transformation mode, starring as former Vice President Dick Cheney in Vice, from director Adam McKay.

Director McKay was previously best known for making comedies, often starring Will Ferrel, such as Anchorman: The Legend of Ron Burgundy and Step Brothers. However his 2015 film The Big Short, also starring Bale and Carell, bagged him the Academy Award for Best Adapted Screenplay and a nomination for Best Director.