The Chase contestant gets a question wrong about her own job

There's no doubting the enduring popularity of The Chase with viewers, and it has become a staple of daytime television.

Bradley Walsh has earned a soft spot in many people's hearts, mostly for his inability to take some questions seriously.

END_OF_DOCUMENT_TOKEN_TO_BE_REPLACED

It's a high pressure situation on the show when the questions are being thrown at you, the sound effects are loud and you're under duress from the Chaser to answer the question quickly.

It certainly seemed to affect police dispatcher Delwen this week on The Chase, to the extent that she actually got a question wrong about her own job, which in fairness, could happen to any of us on any given day.

Delwen was asked: "What is the highest badge of rank in the Metropolitan Police? Chief Superintendent, Commissioner or Commander."

As someone who works in the police force, we imagine she would have been expected to nail this question. 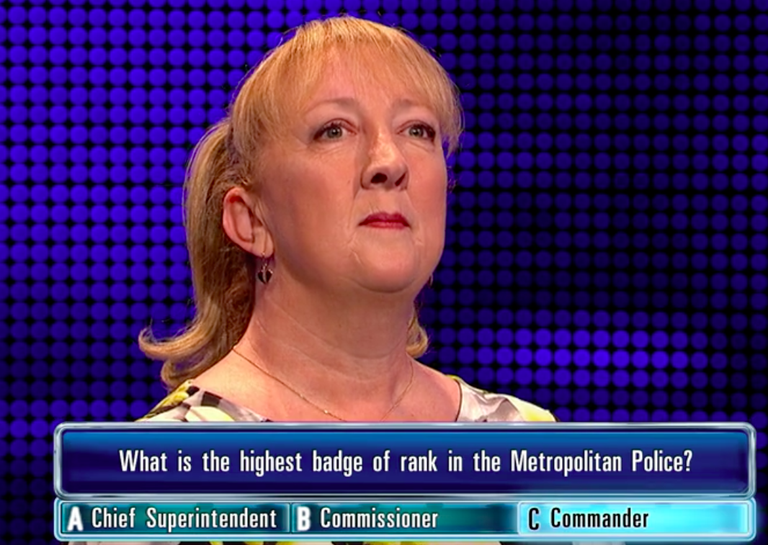 However, as it turns out, Delwen wasn't as up on her police knowledge as she probably should be, or else the occasion just got to her, as it does to many. 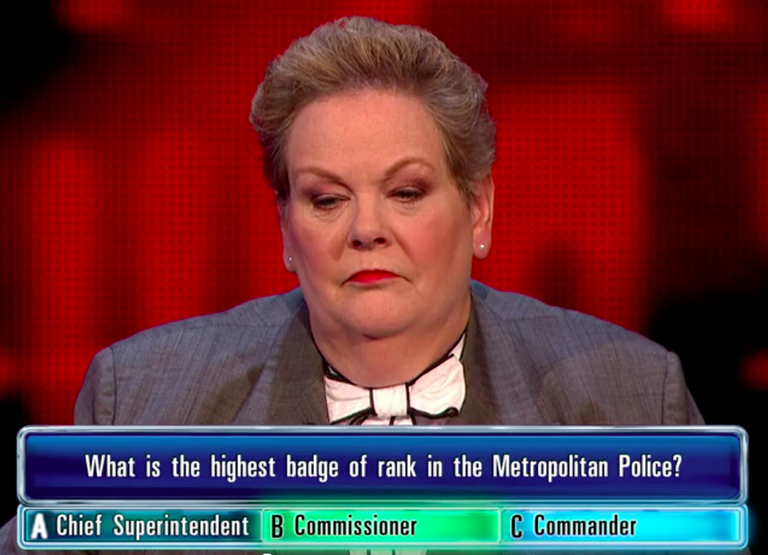 We bet it was awkward in work the next day...

popular
Love Island extended tonight for ‘most dramatic and explosive Casa Amor ending' in show history
Dad who left partner for Ukrainian refugee is now her full-time carer after she became partially blind
Chelsea set to hijack Frenkie de Jong deal, offering two players plus cash
British Airways jet catches fire as passengers and crew are evacuated after flight from London
Premier League club faces call to suspend international player over rape allegations
Boris Johnson says he is 'so sad to give up the best job in the world'
‘Bye, bye Boris’ song playing in the background of PM’s resignation speech is the finale we all needed
You may also like
News
Towie’s Yazmin Oukhellou and Jake McLean had ‘furious row in Turkish club’ minutes before horror crash, report claims
Entertainment
Old George Carlin routine resurfaces after US abortion ruling
Entertainment
Netflix CEO confirms adverts are coming to the service
Entertainment
Kit Harington ‘will be returning as Jon Snow’ for Game of Thrones sequel
Entertainment
Riverdale actor killed his mother so she didn't have to witness his plot to assassinate Justin Trudeau
Next Page