Charlize Theron can't wait to do another Mad Max, but there's a major roadblock stopping the sequel

The 2015 bonkers blockbuster Mad Max: Fury Road came out of nowhere, out of years of huge production problems, to end up as one of the best action movies of recent years. It was even nominated for Best Picture at the Oscars that year, which simply doesn't happen for action movies, and actually went on to win six others.

One of the highlights of the movie was Charlize Theron's fearless turn as the one-armed warrior who was hoping to save a harem of baby-makers from the water-ruler Immortan Joe.

In an interview on the press tour for her upcoming dramedy Tully, the Oscar-winning actress spoke to Screenrant about her return to the world of Mad Max:

"I hope so. I love that character I loved working with George Miller and if he was ever on board, yeah. I mean, I would be in right from the beginning. With him [George Miller] it’s kind of like working with Jason Reitman [the director of Tully]. I wouldn’t even need to see a script, I trust him that much and it’s great when you have that with a filmmaker."

However, there is a massive problem in the way of Theron reuniting with Miller to get the sequel to Fury Road underway - Miller is suing Warner Brothers, the folks behind Mad Max.

According to the Sydney Morning Herald: 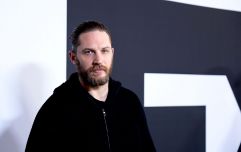 END_OF_DOCUMENT_TOKEN_TO_BE_REPLACED

"The director’s production company, Kennedy Miller Mitchell, has claimed in a document [...] that the studio acted in a ‘high-handed, insulting, or reprehensible’ manner. And by ‘destroying’ the relationship of trust by allegedly refusing to pay a bonus for delivering the movie under budget and breaching a co-financing agreement, they were unable to work together to make any further instalments."

Miller, the writer and director of Fury Road (as well as the first three instalments of the Mad Max series) claims to be owed $7 million for bringing the movie in under budget, claiming the movie cost $154.6 million, whereas Warner Brothers claim the price tag was actual $185.1 million.

Additionally, Warner Brothers reportedly claim that their contract was for a 100-minute, PG-13 movie, and Miller delivered a 120-minute, rated-R movie.

In the end, the movie made just shy of $380 million worldwide, which is not the box office behemoth you'd likely expect for a movie with a production cost (not even including advertising and promotions) close to $200 million.

Fingers crossed they can all figure it out so we can watch Furiosa bring the pain once again.

popular
Uproar over VAR decision to rule out Ollie Watkins' equaliser against West Ham
A definitive ranking of every swear word from worst to best
Moderna vaccine trial shows 100% efficacy in dealing with severe Covid-19 infections
Troy Deeney criticised for comments on David Luiz's collision with Raul Jimenez
People who refuse COVID vaccine could be banned from football matches and the cinema
QUIZ: How well do you remember the Gavin and Stacey Christmas special?
QUIZ: Fill in the missing club from these players' career paths - Part 6
You may also like
Entertainment
Venom 2 looks set for July 2020 release date
Film
Tom Hardy has been awarded a CBE by Prince Charles
Entertainment
Venom is a really fun superhero movie that didn't deserve the bad reviews
Entertainment
Venom is on course to break an extremely impressive box office record
MMA
Tom Hardy says he based Venom on Conor McGregor
Next Page