CoD is cracking down on cheaters

Call of Duty developers and publisher Activision have announced a new anti-cheat system that implemented into Warzone and the latest instalment Vanguard.

END_OF_DOCUMENT_TOKEN_TO_BE_REPLACED

The new system, dubbed 'RICOCHET', aims to be a "multi-faceted approach" to anti-cheating that uses a PC kernel-level driver designed to not only assist in the identification of cheaters but reinforce and strengthen the overall server security.

It is due to drop with the Pacific update later this year.

RICOCHET IS ABOUT TO TORCH THESE CHEATERS 🔥 pic.twitter.com/OKR17p3pvM

In the most layman terms possible, drivers are essential sets of files that communicate with your OS (operating system) when you try to do any activity on a computer - and a 'kernel' is the very core program of your operating system that has complete control over whatever you're using to game etc.

That being said, many developers are now having to bring in kernel-level anti-cheat drivers, as those cheating in the hacking community can interfere with people's games on this very base level.

Prior to the announcement itself, Call of Duty posted a firm warning to cheaters with the ominous caption: "See you tomorrow." Class. 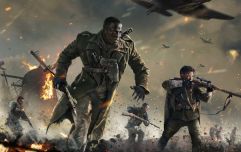 END_OF_DOCUMENT_TOKEN_TO_BE_REPLACED

An anti-cheat client is standard protocol with any online multiplayer game and is always active. While you play the game, it scans what you have running on your computer and identifies any rouge files. However, the kernel-level driver will load during start-up and immediately block other external drivers and protect insecure ones from loading or running on your computer.

Despite this added security, there are fears that people could still manage to - and actually gain - deeper access to people's consoles and computers, potentially obtaining personal information and crashing their entire OS. Moreover, many players are still unhappy that hackers don't get fierce enough punishment, with most people calling for permanent bans for cheating.

Similar anti-cheat systems have been brought in on games like Fortnite, Valorant, Doom Eternal and Apex Legends. While we applaud Activision for finally introducing extra countermeasures, we've got another neat idea: how about don't cheat?