Brooklyn Beckham has confirmed that he has changed his name following his marriage to actress Nicola Peltz. 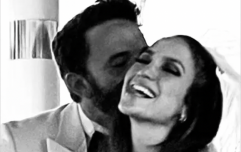 END_OF_DOCUMENT_TOKEN_TO_BE_REPLACED

Beckham Jr tied the knot with Bates Motel star Nicola Peltz on April 9 at a star-studded ceremony. While possible name changes were rumoured, the eldest son of former footballer David Beckham and Spice Girl Victoria Beckham made it Instagram official via a recent post.

"Mr. & Mrs. Peltz Beckham," the 23-year-old wrote to his 13.6m followers. He also changed his official Instagram tag to accommodate the name change, just in case you go looking.

We polled our readers on Twitter and at the time of writing, 62 per cent of you would ask your partner to take your name. In contrast, just nine per cent would take their partner's last name and 29 per cent would double-barrel it.

Brooklyn and Nicola are now married and calling themselves Mr and Mrs Peltz Beckham. If you got married, would you:

The wedding itself was a hotspot for British talent. Both Melanie C and Melanie B were in attendance but Baby Spice Emma Bunton was not seen at the ceremony. Chef Gordon Ramsey was also pictured alongside tennis superstar Serena Williams. 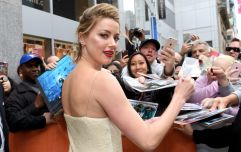 END_OF_DOCUMENT_TOKEN_TO_BE_REPLACED

The Peltz Beckham wedding is still the talk of Twitter, where one person pointed out: "You can literally identify different stages of Becks during his career by just looking at his kids."

You can literally identify different stages of Becks during his career by just looking at his kids 😭😭😭 https://t.co/sLfstI9Iif

Others reference Brooklyn's various passions that famously include cooking and photography, the latter he showcased in a photography book that went viral.

"Whenever someone wants me to explain privilege, I just point them to Brooklyn Beckham's photography book," wrote creative director Nathalie Gordon.

Whenever someone wants me to explain privilege, I just point them to Brooklyn Beckham's photography book. pic.twitter.com/3uMV5CkJKD

Another commented: "I hope Brooklyn Beckham's doing the photography and catering at his wedding though."

popular
Elon Musk announces his intentions to buy Manchester United
Incredible case of the only known individual whose parents were two different species
Darius Danesh pictured with Gerard Butler before his death
Experts predict five billion people will die if a nuclear war erupts between Russia and the US
Darius Danesh opened up about his health struggles before his tragic death aged 41
Pop Idol star Darius Danesh found dead aged 41
TikTokers are utterly convinced there is a secret zombie apocalypse going on in China right now
You may also like
Life
Influencer who divorced husband and married her step-son is having another baby with him
Life
Man, 27, who is engaged to great-great-grandmother, 74, slams critics of his 'perfect' relationship
Life
Man 19 years older than his wife shocked to learn he had met her when she was a baby
Life
'Frisky Friday' pinpointed as 'single biggest day a married person is likely to cheat'
News
Couple takes paternity test and the results are being dubbed 'the plot twist of the year'
Next Page