How Brexit was sold to the British public

"It's all just emotion"

Britain is leaving the European Union, regardless of what people think about. There's a Brexiteer in 10 Downing Street who seems intent on pushing it through no matter what, but three years on people are no less passionate than they were when voting took place during the summer of 2016. 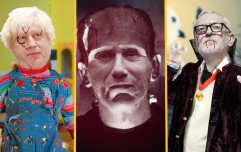 END_OF_DOCUMENT_TOKEN_TO_BE_REPLACED

Since the Brexit referendum, there has been intense scrutiny on sections of the British press, who some claim acting irresponsibly in their reporting of proceedings.

This is something which comedian Andrew Maxwell feel intensely. JOE spoke to the Irish comic at the Edinburgh Fringe Festival 2019, where he claimed that Brexit was partly pushed as a means to sell newspapers.

“There is no argument for Brexit, it’s all just emotion. It’s come from the tabloids, and they’ve done it to sell newspapers.”@andrewismaxwell on how Brexit was sold to the public. pic.twitter.com/f8CbJJ7pSN