Campaign to boycott Mulan skyrockets as the film hits Disney Plus

A campaign to boycott the live-action remake of Disney's Mulan is growing online, following comments made by the lead actress that supported the actions of police in Hong Kong against pro-democracy protestors. 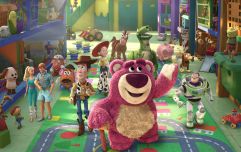 END_OF_DOCUMENT_TOKEN_TO_BE_REPLACED

The movement has been growing since August 2019, when Liu Yifei, who plays the title role in the film, posted this on the Chinese social media platform Weibo: "I support the Hong Kong police. You can all attack me now. What a shame for Hong Kong."

With the film hitting the Disney+ streaming service today (September 4th), #BoycottMulan is now trending on Twitter, with the hashtag having been used over 190,000 times. Twitter is banned in China.

Since June 2019, Hong Kong has seen constant protests against the Chinese government, triggered by a proposed bill that would allow extradition from Hong Kong to China.

It led to continued fears that Hong Kong's autonomy from mainland China was under threat.

Hong Kong returned to Chinese control in 1997, after 156 years of British rule.

Police in Hong Kong have been accused of using excessive force on protestors in the country, including firing tear gas, bean bags and rubber bullets into crowds.

Controversy has continued to grow since Yifei's comments, and she did not attend the 2019 D23 Expo fan event where the film was previewed.

Now the film has been released to the general public, the campaign has hit its highest level.

#BoycottMulan we will not watch the actress who support police brutality and human right abuse.

This film is released today. But because Disney kowtows to Beijing, and because Liu Yifei openly and proudly endorses police brutality in Hong Kong, I urge everyone who believes in human rights to #BoycottMulan. https://t.co/utmP1tIWNa

Don’t miss.... your chance to support democracy in Hong Kong and #BoycottMulan https://t.co/eRRQpGy4pM

Who is that girl I see; supporting Hong Kong police brutality?!

I wouldn't watch the #Mulan film even if you gave it out for free #BoycottMulan #Reflection pic.twitter.com/RQNDnLUdYh

Mulan was originally intended to be a big theatrical release, but following the coronavirus pandemic, Disney decided to release the film direct to their streaming service - but for an additional cost. From September 4th, the movie will be available for unlimited viewings for the cost of £19.99, until December 4th when Mulan will then be accessible to all Disney+ subscribers.

Liu Yifei stars as Mulan in the film, with martial arts superstar Donnie Yen playing Commander Tung, a reimagined version of Mulan's love interest Li Shang, who has been retooled for the new film in wake of the Me Too movement.