It comes with the Stephen King seal of approval

Netflix is great. That is something we can all agree on, yeah? You don't become a nickname for hanging out without being pretty great.

The problem with Netflix is that there is so much stuff on there, that sometimes some great stuff can just get lost in the shuffle.

Thankfully, your pals at JOE are here to rectify that problem, as well as your other pal, who is famous for being the creator of some of the scariest things in modern culture.

BLACK SUMMER (Netflix): Just when you think there's no more scare left in zombies, THIS comes along. Existential hell in the suburbs, stripped to the bone.

BLACK SUMMER: No long, fraught discussions. No endless flashbacks, because there's no back story. No grouchy teens. Dialogue is spare. Much shot with a single handheld camera, very fluid. Showrunners could learn a lot from this. If they could work, that is.


You might have spotted the thumbnail for the show on the homepage on Netflix and immediately thought to yourself "No thanks", because who needs another zombie drama, really? 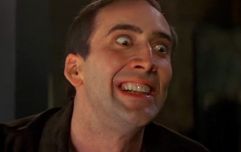 END_OF_DOCUMENT_TOKEN_TO_BE_REPLACED

Well, it turns out, we all do, because Black Summer is all kinds of great.

A prequel to Z Nation (although don't worry about that, because the makers of this show sure don't), it tells the story of a group of survivors of the zombie apocalypse just as it is picking up steam, and they are splintered in different parts of America.

The most famous person here is Jaime King (White Chicks, Sin City), which really helps lend the unknown horror that any one of the other cast members here are next on the menu/about to get bitten and turn brain-muncher themselves.

Aside from surviving the episode-by-episode chaos, there is an overarching story that these survivors have to make it to a stadium in order to be picked up by the military and escorted out of the city before they drop bombs in an attempt to contain the zombie virus spreading further, but even in the few weeks since all hell has broken loose, the zombies aren't the only problem the survivors are facing.

Yep, when faced with decimation, we get to see the worst depths that some of mankind are willing to get to just keep their own heads above water. There is a constant sense of foreboding, which is only alleviated when replaced by out-and-out panic.

Black Summer is the shot of adrenaline to the heart that the zombie genre needed, and horror fans should check it out ASAP.

The entire first season is available to watch on Netflix right now.

You may also like
Entertainment
Ricky Gervais and After Life co-stars answer his most Googled questions
Entertainment
Big cat expert reviews Netflix hit show Tiger King
Entertainment
Can Joe Exotic succeed with Hull City on Football Manager?
Entertainment
Predicting the plot of The Irishman based solely on the poster
Entertainment
The End of the F***ing World season two: Alex Lawther and Jessica Barden on teens, violence and meeting fans
Next Page