We're starting to learn more about Black Panther 2, and it may be time to start getting excited.

Marvel Studio’s plans for the sequel to Black Panther are starting to come together, despite a number of setbacks occurring.

END_OF_DOCUMENT_TOKEN_TO_BE_REPLACED

Initially there was the tragic death of the Black Panther himself in Chadwick Boseman, who died of cancer at the age of 43.

And of course Covid-19 affected the film industry the way it did the rest of the world, resulting in 2020 being the first year without the release of an MCU movie since 2009.

But according to The Hollywood Reporter, Marvel is now readying Black Panther 2 for a shoot that will start in Atlanta in July of next year, and last for upwards of six months.

Letitia Wright, Lupita Nyong’o, Winston Duke and Angela Bassett are all expected to return for the new feature, with some saying Wright’s character Shuri may take on a more prominent role in the sequel. 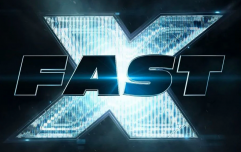 END_OF_DOCUMENT_TOKEN_TO_BE_REPLACED

And based on the reaction that Wright received from her performance in the first film, as well as Endgame and Infinity War, we would definitely take it.

There are also rumours that megastar Rihanna may be involved in the film in some capacity, though that is not even nearly confirmed at this point.

Last Sunday would have been Chadwick Boseman's 44th birthday, and Disney+ changed and redesigned the Marvel logo to reflect this in opening credit scenes.

popular
Jordan Peterson suspended from Twitter over Elliot Page comment - says he won't apologise
Vegan mum found guilty of murdering son by feeding him only fruit and veg
Norwich City's retro home kit is turning a few heads
Liam Gallagher is getting rinsed for endorsing Clarks but the collaboration makes perfect sense
Man accidentally paid 286 times his salary resigns and disappears
The JOE Friday Pub Quiz: Week 301
Fans react to Tottenham Hotspur's 'brilliant tease' for Richarlison signing
You may also like
Entertainment
Squid Game creator working on new project that will be 'more violent'
Entertainment
New footage from Ozark season four part two gives fans a glimpse of the end
Entertainment
Will Smith was asked to leave Oscars but refused to leave, Academy says
Entertainment
One of the most discussed nominees at this year's Oscars is now available to watch at home
Entertainment
Netflix has just made its first ever adults-only movie
Next Page