Ranking the 6 episodes of the new season of Black Mirror, from worst to best

Released on Netflix on Friday, everybody is talking about the new season of Black Mirror.

It is pretty fair to say that, on average, Season 4 didn't keep up with the heights of Season 3 - the Metacritic score of 73% this season versus last season's 84% shows that critics share this opinion - and there was no one single episode that had literally everybody talking in the same way San Junipero or Be Right Back did.

END_OF_DOCUMENT_TOKEN_TO_BE_REPLACED

By the end of the 4th season, it is becoming clear that there is a major problem developing within the story-telling world of Black Mirror (more on that later), and a bit of a rethink may be needed before going forward.

Having said that, there were still exceptional hours of TV here, but you do have to wade through some missteps here and there...

Directed by: John Hillcoat (The Proposition, Lawless, The Road)

END_OF_DOCUMENT_TOKEN_TO_BE_REPLACED

This kicked off with a Hitchcock-meets-I Know What You Did Last Summer vibe, with Riseborough and her then-beau accidentally killing someone on a deserted road and burying the body. Years later, she's doing well for herself, but the guilt is eating him up and he wants to confess. Meanwhile, coming from a different but eventual head-on direction, is Sawar's insurance agent, using a portable memory reader to get all the details she can on a road accident. Watching these two characters slowly cross paths makes for an interesting set-up, it is just a massive shame that the episode had literally no idea what to do with them once they got there. The ending is so relentlessly dark it almost becomes funny. Almost.

Directed by: Colm McCarthy (Peaky Blinders, Sherlock, The Girl With All The Gifts) 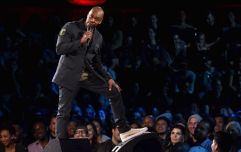 END_OF_DOCUMENT_TOKEN_TO_BE_REPLACED

In the last week or so, Charlie Brooker admitted that the events within the individual episodes of Black Mirror are all within a shared universe. Half of the fun of Black Museum is seeing that fact realised, as Hodge's weirdo museum owner shows off a host of technology that resulted in murder, with nods and references to every season of the show so far. Just like White Christmas, this is an anthology within an anthology, but unlike that episode, the mini-stories don't hold the spine of this one together, and they're all just variations on "transplanting consciousness". But every single one of them are so obviously a bad idea from the start, that they don't hold much weight. On the plus side, the "Pain Addict" story (adapted by a short story written by famous magician Penn Jillette) gets delightfully vicious, and you'll likely never look at a talking monkey teddy-bear in the same way again.

This is the point where the episodes go from "Meh" to "Good", and beyond. Of all of the technologies on show in this season, the ArkAngel is the most believable, taking helicopter parenting to its inevitable, unfortunate conclusion. Every aspect of Dewitt's parenthood, from the unsettling first moments after birth to the point when she loses her infant daughter, is so based in reality that you can almost completely understand her decision to keep eternal tabs on her child. However, there is a short-sightedness in the script as to what might happen when these kids become adults, and the ArkAngel has buffered them from so much of the "bad" parts of the world, how exactly might they turn out? Dewitt nails the balance between loving and smothering, eventually becoming the monster she was attempting to protect her child from. The only problem is, about three minutes into the episode, we already know exactly how it will play out.

Directed by: Tim Van Patten (Game Of Thrones, The Sopranos, The Wire)

A blatant attempt to recreate the romantic feel-good atmosphere of San Junipero, and manages to succeed for about two-thirds of the run-time. Campbell and Cole have instant chemistry and they're absolutely adorable together on screen, but they're stuck within a gated community where people use a futuristic Tinder/POF device that will definitely help them find The One. However, despite their attraction, the device tells them that their relationship will only last a few hours, before sending them off in different romantic directions. Again, we already know how this will end for them, but the lingering questions of what exactly is going on with the heavy-handed security within their community only manages to cough up a half-formed "Will this do?" explanation.

A black and white horror movie, that is also effectively a 40-minute long chase sequence, which sees Peake running through the countryside of some undisclosed country, being relentlessly chased by a robotic dog. Within the first five minutes, the dog viciously kills off her co-stars, leaving her alone to come up with inventive ways to out-smart and hopefully (eventually) destroy the cyber-Cujo. Why the dogs are killing all humans, and where they came from, Metalhead has no interest in answering. Instead, it is basically The Terminator with Arnie replaced by the lovechild of a rabid German Shepherd and a heavily armed Roomba. There isn't much to think about here, and Brooker's script doesn't leave much open for interpretation (Automated... weapons ... are bad?), but this episode doesn't warrant much questioning. Just sit back and prepare to chew your fingernails clean off.

If the fourth season does have a standout episode, then this is it. An almost-feature length story channels Star Trek (and, obviously, Galaxy Quest), before going to some very dark places (everything to do with that lollipop), as well as some fantastically great one-liners ("Taking my pussy is a red fucking line!") and all round brilliant performances. Having us initially side with Plemons, who seems like a put-upon genius nerd who uses a VR version of a Star Trek-esque MMPORG to blow off some steam, before we realise that he has downloaded copies of those who he dislikes into that game so he can take out his anger on them using God-level dev-powers. There is also some tremendous work from Miloti as a very modern woman forced into the sexist overtones and short skirts of 60's sci-fi, as well as Simpson as an alpha-male badly acting as a nervous, always-surrendering second-in-command. Flip-flopping between hilarious and fully invested high-stakes, while also giving us a fully deserved happy ending (of sorts), Callister can join the ranks of Black Mirror's Best Of.