Details have been thin on the ground regarding the return of Black Mirror, with constantly swirling rumours that the upcoming Christmas special of the show would star Miley Cyrus and would somehow be an interactive episode.

Whether or not any of that is true remains to be seen, but Netflix have officially added the teaser image for the new episode, or should we say, the new Netflix Film, as it is described on the streaming service itself:

END_OF_DOCUMENT_TOKEN_TO_BE_REPLACED

Yep, if you search the world 'Bandersnatch' on Netflix, you'll get the above image, and... not much else.

We see images of previous famous episodes from the show, and also the infamous loading screen image from the show.

END_OF_DOCUMENT_TOKEN_TO_BE_REPLACED

There is also the description of 'Be Right Back', which was the title of the infamously heartbreaking Domhnall Gleeson-starring episode, so... could it be related to that? Or are they just telling us that Black Mirror itself is on the way?

Unless, of course, you do the same thing on your mobile device, which will give you a small bit more information: 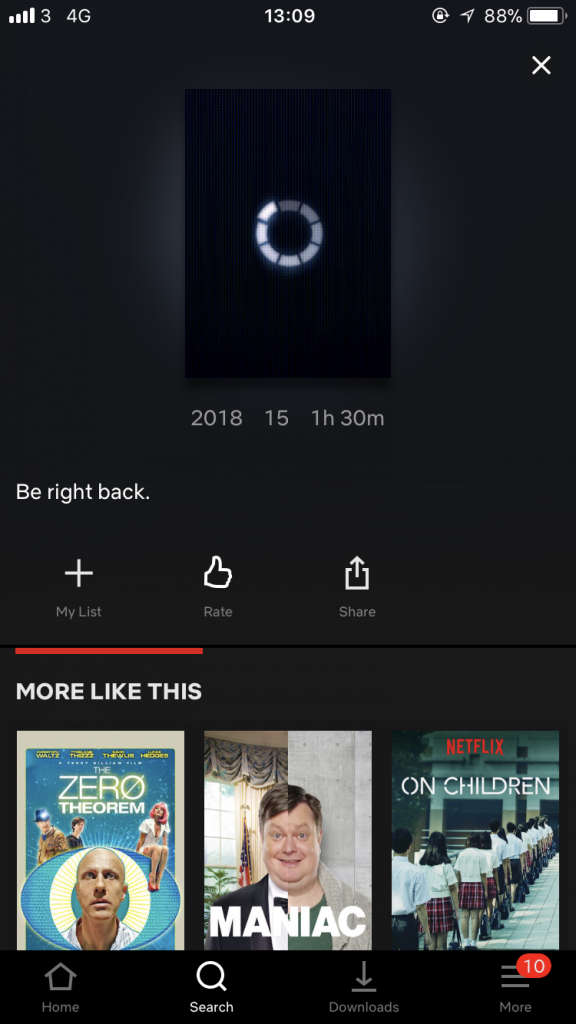 Nothing more than that right now.

Aside from the other rumour that the episode is set to be released on Friday 28 December, which (again) has been unconfirmed at the time of writing.

Good ol' Black Mirror and Charlie Brooker, keeping us on our toes!

popular
Confusion as woman appears to fart during viral clip of Depp-Heard trial
The JOE Friday Pub Quiz: Week 295
Woman reveals cruel reason date dumped her after they had sex for the first time
Topless mum in her undies rescues pet goose from bald eagle in crazy video
Kylian Mbappe asked PSG to sell Neymar and replace him with Ousmane Dembele
Why Aston Villa could pocket £12m for helping Liverpool win Premier League title
Fan 'stamped on by Oli McBurnie' feared he was 'going to die'
You may also like
Entertainment
Black Mirror season six is already on its way to Netflix - and fans are losing it
Entertainment
Where will 2023's Eurovision be held if Ukraine can't host?
Entertainment
Conversations With Friends tackles sexuality the way Normal People tackled sex
Entertainment
Eurovision producers reveal 'irregular voting patterns' during Saturday night's final
Entertainment
Gogglebox star Mary faces calls to be removed from show over Boris Johnson comments
Next Page