The big theory about Star Wars: Episode IX has been officially completely shut down

Well. That's that then.

Cast your mind back to Episode XIII: The Last Jedi. 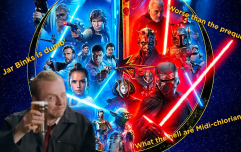 END_OF_DOCUMENT_TOKEN_TO_BE_REPLACED

Yes, we know, for half of you, that brings happiness and joy, and the other half are immediately overwhelmed by tremendous disappointment.

Deal with it, we've got a story to tell.

So you'll remember when Kylo Ren told Rey that she wasn't from the all-important lineage that she had apparently presumed herself to be:

"Sold you off for drinking money. They’re dead in a pauper’s grave in the Jakku desert. You come from nothing. You’re nothing." 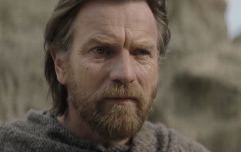 END_OF_DOCUMENT_TOKEN_TO_BE_REPLACED

Well, that movie's writer and director Rian Johnson (who is currently working on another, Skywalker-less Star Wars Trilogy) soon afterwards spoke about that conversation, telling The Huffington Post the following:

"[But] anything's still open, and I’m not writing the next film. [J.J. Abrams and Chris Terrio] are doing it." 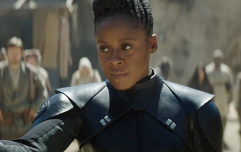 END_OF_DOCUMENT_TOKEN_TO_BE_REPLACED

That gave fans who were unhappy with Rey's family tree revelation, and the fact that apparently anyone can possess the power of the Force, not just those born into it, some hope that this was a big fib Kylo was telling just to upset Rey.

From there, Jason Ward of the Making Star Wars podcast has formed a theory about Rey's actual parents, telling Digital Spy that "Rey is Han Solo's daughter. But she is not Leia Organa's daughter – and therefore is not a Skywalker.

"Leia and Han were estranged when she began training with Luke. When she did not complete that training she returned to Han, but Ben Solo knew of the affair, although not necessarily about Rey, and began acting out, and this was when he was sent to Luke."

That would certainly tie up a few more loose ends, like Kylo and Rey's connection, and that same apparent emotional connection between Han and Rey in The Force Awakens.

So there you have it.

Han isn't Rey's Dad, so whatever revelation The Rise Of Skywalker has in store for us, if there even is one, we haven't guessed it yet.

We'll know for sure when Episode IX is released in Irish cinemas on Thursday 19 December.