Ben Affleck's HUGE back tattoo is getting destroyed on Twitter

Ben, mate. We need to have a word.

Pictures of Ben Affleck topless at the beach have become to talk of Twitter – and not for the reason you might think.

The Justice League actor was pictured with a large phoenix tattoo spread across his back and people are asking a lot of questions.

I mean, the first one has to be: Why does your tattoo look like it's been done with felt-tip pens? 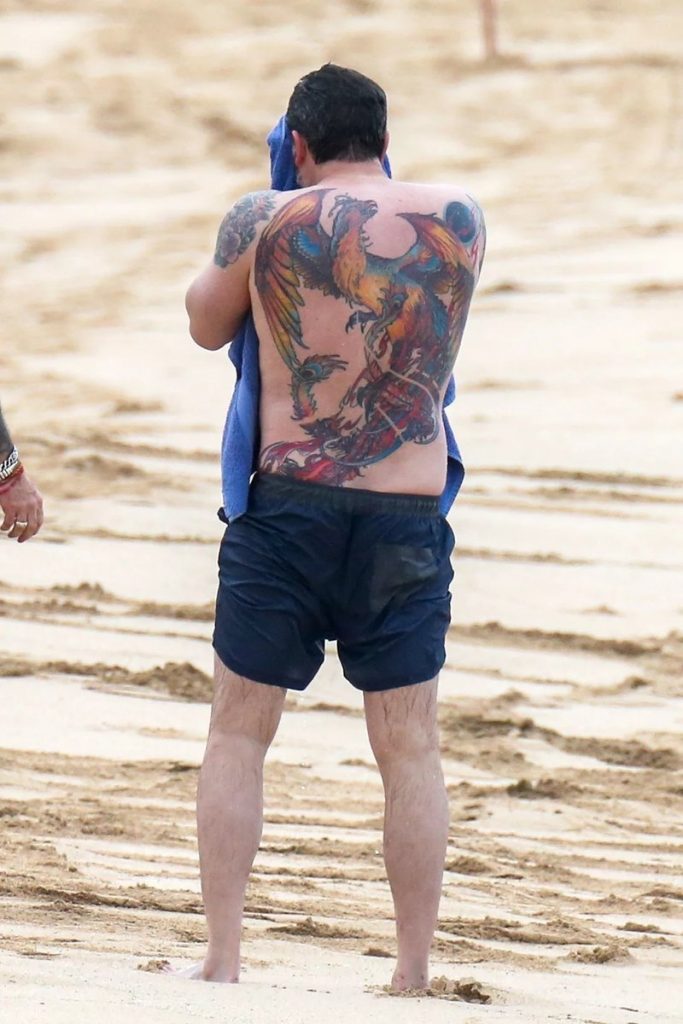 That's not even the worst part because two years ago, when Ben was first spotted with the tattoo, he claimed it was fake and simply for a movie role.

However, fans haven’t forgotten and are now very, very confused.

Is it real? Is he still wearing a fake tattoo?

Ben Affleck: The phoenix tattoo is fake for a movie.

Next time you're feeling sad, remember that you're not Ben Affleck so you (probably) don't have a tattoo so big and so ugly and so universally ridiculed that you had to lie and say it was only temporary and just for a movie when it is so clearly not. (https://t.co/MQJfdA25tk) pic.twitter.com/sU72CUK4TG

Ben Affleck's back tattoo is, and I'm saying this without hyperbole, one of the funniest goddamn things I've ever seen in my entire life. Holy moly. What a wonderful gift to all of us this is. Truly a great day to be alive because of this obscenely dumb tattoo. (via @people) pic.twitter.com/8LtvmF1Z5h

after little to no deliberation, I'm ready to announce that i kind of like Ben Affleck's stupid tattoo

Ben Affleck definitely knows all the words to at least one Limp Bizkit song that wasn't a radio singlepic.twitter.com/ctQsG6kFOP

I’m glad we could all rediscover Ben Affleck’s insane back tattoo together.

And it’s not just the general public who have an opinion on Ben’s ink, former spouse of 12 years Jennifer Garner also had something to say.

“You know what we would say in my hometown about that? ‘Bless his heart. A phoenix rising from the ashes,” she told Vanity Fair.

“Am I the ashes in this scenario? I take umbrage. I refuse to be the ashes.”