Dynasties will debut in the autumn

Attenborough first joined the BBC all the way back in 1952, but it was 1979’s Life On Earth that would really define the masterpieces he would be known for. The thirteen-part series, which attempted to chronicle the history of life on Earth, set a new standard in natural history programming. The Life series would continue with series like Life in the Freezer, The Life of Mammals and Life In Cold Blood.

In more recent years, he has continued to produce spellbinding, magical shows like Planet Earth and Blue Planet – and the sequel to the later was one of 2017’s must-see TV moments.

The combination of Attenborough’s calm, informative narration and the incredible photography of the BBC Natural History Unit is what television was made for, really.

At 92 years old Attenborough is a certified national treasure, and any new show from him should be savoured. So of course, we were very excited to learn that another David Attenborough show is on the way. Dynasties was first announced back in February, but at the Edinburgh TV Festival this week, we finally got some on more information on it.

Executive producer Mike Gunton said that Dynasties is a “landmark” series that will be “even more intense and gripping” than the likes of Blue Planet and Planet Earth. 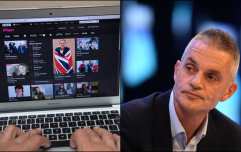 END_OF_DOCUMENT_TOKEN_TO_BE_REPLACED

It sounds like Dynasties will have a tighter focus than those two shows. Each episode will follow the lives of one of the five animals depicted on the poster - lions, hunting dogs, chimpanzees, tigers and emperor penguins – at the “most critical period in their lives”.

In a statement, Gunton continued “After making Planet Earth II, it's very exciting to now have the chance to show another, and I think even more intense and gripping, perspective on the lives of our planet's most impressive yet vulnerable creatures.”

Dynasties will hit our screens in the autumn.

#Dynasties is coming this autumn to @BBCOne and to global channels soon after. Check local listings for details

popular
Luke Shaw says referee didn't give penalty because it would "cause a lot of talk"
Roy Keane and Jamie Redknapp in heated row over Tottenham
Lady Gaga to pay her dogwalker's £70k medical bills after he was shot
Lee Mason removed from Sheffield Utd vs Liverpool game with injury
Liverpool squad voted for captain in absence of Jordan Henderson and James Milner
The JOE Friday Pub Quiz: Week 232
Indian man killed by rooster in illegal cockfight
You may also like
Entertainment
Why the BBC needs to stand for backing black comedy
Entertainment
Mrs Brown's Boys to continue until at least 2026, Brendan O'Carroll confirms
Entertainment
BBC newsreader cracks up on air presenting story on man playing piano for monkeys
Entertainment
BBC Radio 1 says it won’t play original version of Fairytale of New York this Christmas
Entertainment
BBC confirms Line of Duty Season 6 will air by March 2021
Next Page