That cliffhanger won't be the end

Few television shows have resonated with audiences in recent years quite as well as Gavin & Stacey, the BBC comedy which centres on Essex boy Gavin and his long distance relationship with Welsh call centre worker Stacey. 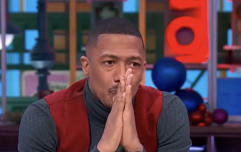 END_OF_DOCUMENT_TOKEN_TO_BE_REPLACED

The show first aired in 2007 and was an immediate hit, with the end of each season leading to a call for further episodes.

Between its initial airing and 2010 fans were spoiled, with three series and a Christmas special, but they would be forced to wait nine years for their next fix, with the 2019 Christmas special.

The hour-long festive episode, which was the most viewed TV on Christmas Day last year, caught up with the main characters years on from the last season, and ended on a cliffhanger, with Nessa (played by Ruth Jones) proposing to Smithy (James Corden).

Thankfully, it appears that this is not where the show will end, after the BBC's chief content officer Charlotte Moore confirmed that while we won't be getting an update this Christmas, further episodes will be coming in the future.

"That wasn't something that was going to happen this year," she said, explaining that pandemic or not, another Christmas follow-up was never being planned for the show. "One day."

So while you may be forced to suffice with Mrs. Brown's Boys or something else this Christmas, take heart in knowing that Gavin & Stacey will be returning at some point.