Warner Bros. is opening a real-life interactive Arkham Asylum in 2022

Batman fans won't have far to travel to check it out

Fans of The Dark Knight are about to be very excited, as there is a real-life Arkham Asylum opening in London in autumn of 2022. 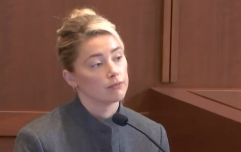 END_OF_DOCUMENT_TOKEN_TO_BE_REPLACED

The infamous institution for the criminally insane – which featured in Batman Forever, Batman & Robin and (obviously) the video game Batman: Arkham Asylum - will be the setting for a new immersive entertainment experience.

Warner Bros. and its fellow collaborators working on the experience tell us that:

"Batman is missing and Gotham City is in tatters. Crime is running rampant in the streets and civil unrest is festering around every corner. Step forward ambitious psychiatrist Jeremiah Arkham who wants to restore order through his pioneering treatments.  The citizens of Gotham City are being summoned by law to the Arkham Asylum for psychological examination.

"Set in a vast multi-sensory recreation of the eponymous psychiatric hospital from DC lore – Arkham Asylum will be an epic alternate reality, combining futuristic technology and interactive theatrics with a wholly original story to create a chilling, once-in-a-lifetime, live immersive experience.

END_OF_DOCUMENT_TOKEN_TO_BE_REPLACED

"Interaction is rewarded, from heightened clues and tasks prior to arrival to unlocking new spaces, characters, and storylines within.  The audience become the protagonists: first as citizens of Gotham City, then as patients on their own journey to escape the infamous Arkham Asylum and explore the world of Batman like never before alongside iconic DC characters including Scarecrow, Catwoman, Poison Ivy and many more."

The event is described as "not for the faint-hearted" and will only be open to those aged 18 and above, with tickets priced from £63.00 (plus booking fees) going on sale at 10am on Friday October 29 on the Arkham Asylum website.

Check out the teaser trailer for the event right here: