One is a group of people who have decided to take a game they enjoyed as a child far too seriously and let it take over their lives - and the other are Pokemon Go players.

But did you know that some Olympic athletes actually find time in their busy schedules to play the incredibly popular augmented reality game ahead of what might be the most important month of their lives.

Preparations for this month's Olympic game in Rio de Janeiro have been dogged by accusations of poor planning and the inevitable claims that nothing will be ready to go once things kick off on Saturday, August 6.

Olympic organisers have had to deal with whole countries being banned - as well as pretty much no golfers taking it seriously - and that's not to mention the various allegations of human rights violations. 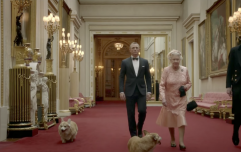 END_OF_DOCUMENT_TOKEN_TO_BE_REPLACED

But with the opening ceremony just days away, athletes are settling into their new homes in the Olympic village and they are coming across a common complaint.

It's not the heat or even the supposedly dangerous air of the Brazilian city, but the lack of Pokemon which has annoyed competitors.

The incredibly popular game has yet to be released in Brazil, leaving athletes from all over the world forced to halt their progress.

Want to know the worst thing about the Olympic village? No @PokemonGoApp. Otherwise, it's incredible.

But hey, it could be worse.

At least they weren't sent back to level one after updating their app.

popular
Fans shocked by Tommy Lee's extremely X-rated post on Instagram
Robin Williams' wife shares reason why he killed himself
‘Time traveller from 2090’ warns humans of worst event in history in coming days
Groom shocks wedding by playing video of his bride cheating with her brother-in-law
Runner finishes last in 400m race as penis keeps falling out of shorts
Woman arrested after husband caught her on video allegedly using drain cleaner to poison him
Emergency service workers took photographs of Kobe Bryant’s body 'for a laugh’
You may also like
Sport
Olympian Simone Biles mistaken for kid on plane - offered a colouring book by flight attendant
News
Double Olympic champion Dame Kelly Holmes flooded with support after announcing she is gay
Sport
Team GB finally takes the gold at Winter Olympics
Sport
15-year-old Kamila Valieva lands historic quadruple jump at Winter Olympics
Sport
The story of Eddie the Eagle: From plastering to the piste
Next Page