This could shake things up

Apple has announced a new streaming service called Apple TV+ in which subscribers will only pay for the channels they want.

Announced at Monday's Apple Event, the new service will allow viewers to pay for only what they watch, watch shows offline as well as on, and share shows with family. The service will be available as a redesign of the currently existing Apple TV app, and will come to iOS devices in May and Mac later in the year.


It will be available on smart TVs as well as streaming devices from Roku and Amazon. Subscribers will be able to purchase channels individually - called Apple TV Channels - as well as being able to stream services like Amazon Prime Video. 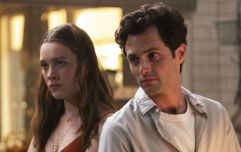 END_OF_DOCUMENT_TOKEN_TO_BE_REPLACED

Present at the launch was director Steven Spielberg, who revealed that his new show would be available on the service.

At the event, held at Apple's campus in Cupertino, California, also saw a host of further announcements. The company unveiled Apple Arcade, a gaming service which will host games not seen on any other mobile devices.

Apple News+ is a new premium version of the Apple News app which will see magazine content available for the first time, while the company also revealed that it would be releasing a credit card called, you guessed it, the Apple Card.


popular
The FootballJOE Quiz: Week 2
The definitive ranking all 151 original Pokémon from worst to best
A definitive ranking of every swear word from worst to best
This is how much time most men need after orgasm before they're ready for another round
I spent an entire day trying to do that viral hand drawing and now the light in my life has gone out
The top five exercises MMA fighters use to gain strength and stamina
Here's how to recover all your deleted Facebook photos and messages