The U.S. reviews for Ant-Man & The Wasp are fantastic, but why do we have to wait so long before it comes out here?

Good things come to those who wait...

After the dour and depressing (but still very, very good) Avengers: Infinity War, it was clever form of Disney and Marvel to give audiences something light and fluffy with Ant-Man & The Wasp, which according to the American film critics, is exactly what they got:

END_OF_DOCUMENT_TOKEN_TO_BE_REPLACED

"Ant-Man and the Wasp has a pleasingly breakneck, now-you-see-it-now-you-don’t surreal glee. It’s a cunningly swift and delightful comedy of scale." - Variety

"Paul Rudd and his equally likeable cast mates find the heart and humour in familiar comic-book theatrics, resulting in a film which is less concerned with generating awe than in delivering plenty of goofy grins." - Screen International

"Visually here’s the crucial thing with Ant-Man and the Wasp, and it sounds like a small thing, but really it’s a big thing: The sequel has upped the instances and exploits of the rapidly changing superheroes, and every time the movie cuts to a shot of the heroes’ miniaturized car, scooting around the streets of San Francisco, it’s good for a laugh." - Chicago Tribune

"While Ant-Man's technically “the star,” this is most definitely the Wasp’s movie to own, and the smirking, enjoyably no-nonsense role fits Lilly well."- USA Today

END_OF_DOCUMENT_TOKEN_TO_BE_REPLACED

"For audiences who like Marvel movies at their tongue-in-cheekiest, this sequel provides some breezy fun while we wait to find out just how permanent Thanos’ genocidal schemes really are." - The Wrap

That all sounds great to us, and has certainly geared the U.S. audiences up for the movie's July 6 release.

So when do we get it over here? August 3.

What gives? Why the month long gap? 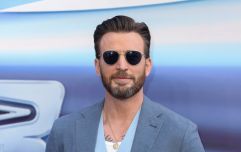 END_OF_DOCUMENT_TOKEN_TO_BE_REPLACED

Well, putting our cinematic detective hats on, this is the conclusion we've come to.

Back in the dark-ages of cinema (about ten years ago), when all of the movies arrived on physical reels, it was massively cheaper to release movies in the US first, and then stagger the release to the rest of the world, because printing thousands of individual copies on the reels was very expensive.

Instead, once the movies had started to stop making money in the States, those prints would then arrive over here, which is why brand new releases often had some scratches and stuff on the images on opening day.

However, with the advent of digital prints (and the death of projectionists, as projector systems went full Skynet), that printing price was no longer an issue, and more and more films could afford day-and-date worldwide releases.

So since then, Disney seems to have had its own release system going on: UK & Ireland would get Marvel movies a few days early, and the States would get Pixar movies a little earlier.

We got Infinity War before the States (only by a day, but still), we got Black Panther four days early, we got GOTG Vol.2 and Thor: Ragnarok a whole week early, and so on and so on.

On the flip-side, America got Coco in November, and we had to wait until January. They got Finding Dory six weeks ahead of us. And most recently, they got Incredibles 2 on 15 June, and we don't get it here til 13 July.

Which brings us to the beginning of the conundrum: Disney couldn't release Ant-Man & The Wasp up against another of their own movies, essentially splitting their own box office between them both.

So that is reason number one.

Yep, movies usually run for the hills whenever the World Cup is on, because they know how difficult it is to compete against the biggest sporting tournament in the world, especially in Ireland and the UK, where football has a much bigger following than in the States.

Now you know why we've to wait a month or so, but it'll only make it all the sweeter once Paul Rudd and Evangeline Lilly do return to save the day!