Of course, Endgame was not the end

After its truly epic finale, and genuinely moving farewell to several beloved characters, Avengers: Endgame felt like a natural endpoint to the Marvel Cinematic Universe. More 20 movies and ten years since the beginning, it was the perfect summation and conclusion to Marvel’s audacious shared universe experiment.

END_OF_DOCUMENT_TOKEN_TO_BE_REPLACED

Of course, there is far too much money on the table for that to happen. So at San Diego Comic-Con this weekend, MCU head honcho Kevin Feige revealed a cavalcade of new movies and TV show.

There were plenty of sequels, some new characters getting their own movies, several TV shows coming to the new Disney+ streaming service, and perhaps biggest of all, several characters for which the rights were previously held by other studios, but would be brought into the MCU now that Disney had reclaimed them.

There was a lot to take in – so here is a comprehensive guide to it all, as well as how excited we are about each one (spoilers for Endgame and the MCU in general, obviously). 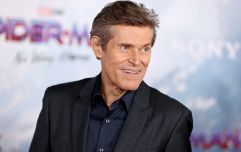 END_OF_DOCUMENT_TOKEN_TO_BE_REPLACED

Not strictly a sequel, but after nearly 10 years Marvel’s first female hero is finally getting her own solo movie. Of course, there is the major stumbling block of Black Widow being killed in Endgame, but death is rarely a big obstacle in superhero comics.

Many predict this to be a prequel or origin tale, focusing on her time as a Russian spy. Aussie director Cate Shortland has only handled indie flicks before, but a stellar supporting cast including Stranger Things David Harbour, future megastar Florence Pugh and Rachel Weisz suggest this could be a lot of fun.

Doctor Strange in the Multiverse of Madness

Denzel Washington is returning for The Equalizer 3

END_OF_DOCUMENT_TOKEN_TO_BE_REPLACED

Depending on who you ask, Doctor Strange was either an inventive sorcery take on superhero conventions, or a tired re-tread of the Marvel origin formula with 10 minutes of Inception-lite SFX chucked in.

Marvel has a solid track record of sequels improving on the original movies, and the big sell here is the supposed introduction of a multiverse, teased at in Spider-Man: Far From Home. Still, it is hard to get that excited about Benedict Cumberbatch doing more Benedict Cumberbatch things.

Taika Waititi seemed to be the only person on Earth who could possibly make the Hollywood remake of Akira not be a total train wreck – yet with that going back into development hell, he’s heading back to the Asgardian franchise.

And it looks like he has done the impossible, and made Natalie Portman actually care about the Thor movies, with the news that Jane Foster will take up the mantle of Thor in some capacity (a storyline that happened recently in the comics).

As long as Chris Hemsworth and Tessa Thompson can restore their on-screen chemistry after the non-entity that was Men In Black: International, there is no way this won’t be great. Can we just ask that you bring back Kat Dennings though?

We knew Guardians 3 was coming, and it was pretty obvious that T’Challa and Carol Danvers would be getting second outings. We don’t know much else yet, apart from they'll presumably all make about a billion dollars.

Excitement rating out of I Love You 3000: 1750, to be adjusted when more info is released.

The Eternals are a race of cosmic space gods, which despite being created by comic legend Jack Kirby, have always been also-rans in the Marvel Universe who no one has ever really cared about. Hell, they once gave them to Neil Gaiman to write, and even all he could muster was a shrug.

However, last time the MCU brought a non-famous group of space characters to the screen, it was Guardians of the Galaxy, so anything can happen. And a ridiculously stacked cast that includes Angelina Jolie, Richard Madden, Kumail Nanjiani and Salma Hayek will certainly help.

Shang-Chi and The Legend of the Ten Rings

Now this is the good shit. After the lame-ass rich white boy who doesn’t even do martial arts debacle of Netflix’s Iron Fist, Marvel bring their real Master of Kung Fu to the screen. Shang-Chi has been in plenty of comics, but is a blank enough slate that all they need to do is make a solid martial arts movie in the MCU and it’s an easy win.

Lead Simu Liu is best known as a sitcom star, but the real excitement here is the casting of Hong Kong movie legend Tony Leung, familiar to cult film fans from the likes of Hard Boiled, Infernal Affairs and The Grandmaster. If that’s an indication they are going for a proper HK action cinema vibe, this could be truly great.

The Falcon and the Winter Soldier

Anthony Mackie should be a megastar by now, and both he and Sebastian Stan have a lot of natural chemistry, so there’s no reason why this can’t be a fun Lethal-Weapon-with-superheroes type show.

Scarlet Witch and Vision are nobody’s favourite MCU characters and it’s hard to see what the appeal of this is. One hundred per cent will add to watch queue, and then never get around to it.

Excitement rating out of I Love You 3000: 900 (+1000 if they return to the Edinburgh kebab shop from Infinity War though)

Tom Hiddleston’s Loki always made the best impact in small doses, and could easily grate as a lead of a TV show. However, the set up established in Endgame, of Loki potentially jumping around time and space with the Space Stone, has a lot of potential.

In the comics, What If? was a long-running series that told alternate takes on classic Marvel stories. What if Spidey joined the Fantastic Four? What if Captain America hadn’t been lost in WWII? That sort of thing.

This is going to be essentially just that in animated form, voiced by a host of actors from the MCU, and the great Jeffrey Wright as The Watcher, Marvel Comic’s long-time extra-terrestrial narrator (who was previously appeared alongside Stan Lee in Guardians 2).

Ok, Jeremy Renner’s Hawkeye has never been the most interesting part of any of the films, but at Comic-Con it was announced that the character of Kate Bishop would be part of the show. For those who don’t know, she is the teenage daughter of a super villain and sometimes private detective who becomes Clint Barton’s protégée, also taking the name Hawkeye, and is one of the best new Marvel characters of the 21st century.

Kate and Clint teamed up in the 2013 Hawkeye series by Matt Fraction and David Aja, which played out like a French New Wave version of a 1970s detective show, and is honestly one of the best things Marvel have ever published. If the show’s producers can capture even a tenth of that comic’s genius, this will be your new favourite TV show.

Finally, we got confirmation of two Marvel properties heading back to the Disney fold, after being produced by different studios. First up was the news that the vampire hunter Blade would be played by Oscar winner Mahershala Ali, though in what medium was not confirmed. Ali is great, obviously, but the Wesley Snipes-starring Blade from 1998 is basically the best movie ever made, so good luck topping that.

Kevin Feige also basically confirmed that after two awful mid-2000s movies, and one secretly-quite-good-but-butchered-by-the-studio 2015 movie, the Fantastic Four would also be coming to the MCU. And if there is any superhero property that would benefit from Marvel’s trademark action-with-jokes-and-heart formula, it would be the FF.