They say only the one with the fingerprints of Thor can lift Mjolnir, his infamous hammer.

So perhaps if the victims of this prank knew their Norse mythology a little better, they would have caught onto YouTuber Sufficiently Advanced's tricks sooner. 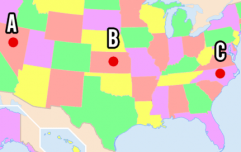 END_OF_DOCUMENT_TOKEN_TO_BE_REPLACED

While it may look like the real thing on the outside, this custom-made version of Mjolnir actually contains some very powerful magnets which can only be deactivated by the maker's thumbprint.

After putting the hammer out on something metallic, like a manhole cover, all that was left was to ask the general public to test their worth.