As Johnny Depp remains embroiled in a spousal assault case, Cooper has come to his defence

Rock icon, Alice Cooper has said that his bandmate Johnny Depp “is one of the sweetest people I’ve ever met in my life" and that he simply doesn't believe Amber Heard's claims. 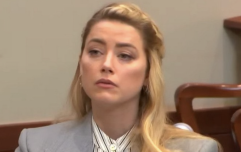 END_OF_DOCUMENT_TOKEN_TO_BE_REPLACED

Speaking to the entertainment magazine, Page Six, Cooper described the actor and musician as "the most harmless human being I’ve ever met", before adding, "I'm not buying into all of the other stories because I know him and everybody else who knows him knows that.”

Cooper is part of Depp's supergroup, Hollywood Vampires, in which the Pirates of the Caribbean star plays as frontman and guitarist. Other members include Joe Perry of Aerosmith and a myriad of other rolling session musicians.

Depp and Heard separated in 2016 with the divorce finalised the following year, however, their highly-public relationship has been the subject of much debate.

END_OF_DOCUMENT_TOKEN_TO_BE_REPLACED

Fellow actor Heard, 31, initially requested a restraining order against her former husband in May of 2016 and went on to accuse him of "violently" attacking her. There were a number of allegations of domestic violence from both sides, with Heard also claiming she endured "excessive emotional, verbal and physical abuse" and "angry, hostile, humiliating and threatening assaults".

Depp, 57, has denied the abuse from the start and took The Sun to court for libel over labelling him a "wife-beater" in one of their issues. However, given that assault charges stood, he ultimately lost his appeal in April after the judge ruled the claims were "substantially true".

The case forced the regular Tim Burton collaborator to walk away from the third Fantastic Beasts film and was reportedly dropped as the swashbuckling Jack Sparrow after nearly 20 years in the role. 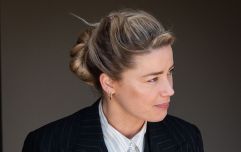 END_OF_DOCUMENT_TOKEN_TO_BE_REPLACED

Cooper went on to say that aside from vouching for his character, "[t]he thing that surprises people the most about Johnny is — other than that he will sit and talk to you for an hour even if he doesn’t know you — is that he’s a great guitar player,”

Many of his fans still believe that Depp is innocent with the #JusticeForJohnnyDepp trend still simmering on social media.