In today's episode of 'people are dreadful'....

Alan Carr's Epic Gameshow has been hit with a number of complaints from racist viewers who were unhappy that the show featured an all-Black panel. 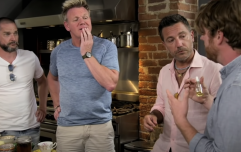 END_OF_DOCUMENT_TOKEN_TO_BE_REPLACED

On Saturday, Carr introduced three teams of Black contestants to play a modern rebooted version of classic gameshow Strike It Lucky.  The three teams of two were all hoping to win big money, and all happened to be Black.

This of course gave the racists of Britain, the Tommy Robinson fanboys, the White-Lives-Matter brigade an opportunity to squirm onto social media and spout their usual bile and diatribe about a lack of diversity.

It must be said that many were quick to defend the gameshow, although the fact that it was something that needed defending is a depressing sentence in itself.

"Knew Alan Carr’s Epic Game show would have the fragile white people up in arms that all the contestants are black (which I think is great btw!)," wrote one.

"Keep it up @itv. The more we normalise this, the more we can tackle racism head on."

"What? Why are people complaining about a black family being on Alan Carr’s game show? Not everyone’s white in this world. Also, IT. IS. A. GAME. SHOW. Why should it even matter?" another added.

A third made the very valid point: "Would anyone be bothered if all contestants on Alan Carr’s Gameshow was all white??? No!!!! So what’s the problem off all been black? About time Twitter stamped on racism once and for all."

How bizarre, people complaining that all of the contestants on Alan Carr’s gameshow are all black. People say the UK isn’t a racist country when they’ve come out of the woodwork tonight.

Hey @10DowningStreet, if you want to claim that 'Britain isn't racist', have a scroll down the mentions of Alan Carr on twitter right now. Fucking vile cretins in there upset that he has black people on his show. Then tell us again that the country isn't racist. JFC

What? Why are people complaining about a black family being on Alan Carr’s game show? Not everyone’s white in this world. Also, IT. IS. A. GAME. SHOW. Why should it even matter? 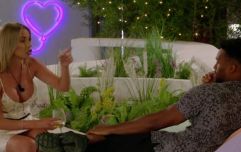 END_OF_DOCUMENT_TOKEN_TO_BE_REPLACED

But depressingly almost 200 people felt the need to submit a complaint to Ofcom about the presence of non-white faces on their television screens.

Per the Metro, the broadcast regulator reported that 190 people complained to them about the ethnicity of the contestants.

This isn't the first time that Ofcom has been hit with racist complaints. Back in September, more than 24,000 people complained to the broadcast watchdog about Diversity's Black Lives Matter-inspired dance on Britain's Got Talent.