Alan Carr caused some upset on Twitter after making a joke merging the worlds of darts and Meghan Markle. Yes, really.

END_OF_DOCUMENT_TOKEN_TO_BE_REPLACED

In a celebrity special of his show Epic Gameshow, which saw Chris Kamara, David Seaman and Angela Griffin take part in a revamped version of classic gameshow Bullseye, Carr saw the opportunity for a little joke after learning the nickname of one of the pro darts players on the show.

Fallon Sherrock, the woman who shot to stardom at the 2019 Darts World Championships after she became the first female player to defeat a man at the event, was alongside Chris Kamara and told the host that as a result of her historic wins in 2019 she became affectionately known as 'The Queen of the Palace' (the World Championships are held at Alexandra Palace in London.)

Carr replied: "I think that's the nickname Meghan had her heart set on.

"And look how that turned out."

Just a little joke there, nothing groundbreaking, may have made you smirk. Nothing but a little joke, that I'm sure if the Duchess of Sussex heard she would also find amusing.

Users hopped onto their favourite platform to voice their disdain and anger at the jibe. 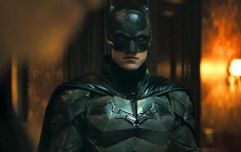 END_OF_DOCUMENT_TOKEN_TO_BE_REPLACED

"Alan Carr is a funny man, there's no denying that. But he's gone too far with that Meghan Markle comment after all that she's come to reveal recently," said one enraged viewer.

"Epic Gameshow, really? Making snide remarks about Meghan Markle. Are we still on this subject? That's actually annoyed me," complained another unimpressed viewer.

One user even suggested that it shouldn't have been aired pre-watershed, writing: "For the love of God why is Alan Carr bashing Meghan Markle before 9PM?"

popular
Martin Lewis issues urgent advice for households ahead of energy price hike
Ousmane Dembele's agent inadvertently shows phone call from PSG chief Leonardo
Sex expert reveals how men can last longer in bed
'I'm so beautiful my friends don't invite me to birthday parties as I'll steal the show'
Scientists have used a computer to predict exactly when society will collapse
Warning issued to all dog owners as mystery virus spreads across UK
Dr. Dre shares unbelievable video of Eminem's skills to prove no rapper could beat him
You may also like
Politics
Line of Duty stars reprise roles to slam Boris Johnson in brutal AC-12 interview
News
Twitter permanently suspends US congresswoman's account for Covid misinformation
Politics
Twitter suspends accounts linked with Politics For All owner
Sport
Football Twitter 2021: The best football tweets of the year
Sport
Piers Morgan is predictably fuming at Simone Biles being crowned athlete of the year
Next Page