Adele breaks down during emotional reunion with old teacher

Tissues at the ready everyone

Adele was moved to tears after she was reunited with an old English teacher who she named as a role model and inspiration. 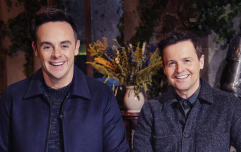 END_OF_DOCUMENT_TOKEN_TO_BE_REPLACED

The singer was surprised by Ms McDonald, who had taught her at Chestnut Grove School in Balham, before she moved to the Brit School as a teenager.

The moment was shown as part of ITV's An Audience With Adele, which was recorded at the London Palladium earlier this month in front of an A-list audience, and saw the singer perform songs from her new album, 30, as well as older tracks. She also took questions from her famous fans.

One of these was none other than acting legend and icon Dame Emma Thompson. She asked Adele whether there was someone who had "supported and inspired" her in her life.

Naming Ms McDonald, Adele responded: "She left in year eight but she got me really into literature, I’ve always been obsessed with English and obviously now I write lyrics.

"But she also did street dance, I was too scared to go in, but like in the canteen they used to do these dances and stuff like that.

"She was so bloody cool, so engaging, and she really made us care, and we knew that she cared about us and stuff like that. She used to have all these gold bracelets and gold rings.

"She was bloody cool and so relatable and likeable, that I really looked forward to my English lessons."

It was at this point that Dame Emma stopped Adele - and revealed that her old teacher was in the audience.

Cue a lot of tears. 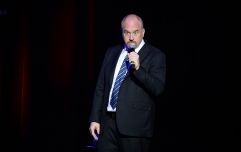 END_OF_DOCUMENT_TOKEN_TO_BE_REPLACED

The whole show was in fact a brilliant blast of Adele. Other celebrities to ask the singer a question included Dawn French, Idris Elba, Samuel L. Jackson and Gareth Southgate, in what was a veritable who's who of the celebrity world.

And of course Adele went through her stunning repertoire of songs.

Whilst it was being aired on ITV, she tweeted: "I’ve always dreamt of doing An Audience With… There was so much love in the room for each other, it felt like such a gig!

"Everyone was raucous and bang up for it! And my teacher Ms McDonald was there, it was just heaven."

Home Sweet Home. I’ve always dreamt of doing An Audience With… There was so much love in the room for eachother, it felt like such a gig! Everyone was raucous and bang up for it! And my teacher Ms McDonald was there, it was just heaven ♥️ pic.twitter.com/N1LpkQbeoh