We could be finally getting a solo Black Widow movie

Captain America: Civil War has barely been out a month, but Marvel are already priming their next batch of films.

We already know Marvel's "Phase 3" will kicking off with Doctor Strange this winter, and Black Panther will be getting his own solo film soon along with returns for Thor, Spider-Man and the Guardians of the Galaxy.

But it looks like in among all those shiny new superhero adventures might be a long-awaited debut of an Avengers favourite in their own solo film. 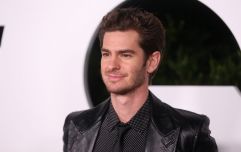 END_OF_DOCUMENT_TOKEN_TO_BE_REPLACED

"Where we go beyond that are ongoing discussions that we’ll focus on in the next few years because we have a lot to do before then," Feige said in an interview with Deadline.

"I would say certainly the one creatively and emotionally that we are most committing to doing is Black Widow."

While it's not quite a confirmation, Kevin's words are promising for Marvel fans who have longed for Scarlett Johansson to finally get her own movie.

Scarlett herself has previously expressed interest in starring in a solo Black Widow film, "The character has a really rich origin story," she said in an interview with Collider.

END_OF_DOCUMENT_TOKEN_TO_BE_REPLACED

"In my mind, there’s room for plenty more Black Widow and certainly more—I think I could see her in a standalone film."

Maybe we could finally see what happened in Budapest with Hawkeye.

What do you think of the Black Widow news?  Send us your thoughts at  [email protected], or drop us a message on Facebook.