An 11-year-old boy has written Anne Hegerty a touching letter about autism.

Since The Chase star entered the I'm A Celebrity, Get Me Out Of Here jungle last week, she has been highly praised for her honest discussion of living with Asperger's Syndrome.

Hegerty said that she doesn't usually bring up her diagnosis herself, but that if somebody else does, she's "happy to talk about it."

Speaking in the bush telegraph, she said:

"I really appreciate how nice and sympathetic they've been to me.

"It was nice that they said I pick up on social cues because I'm never quite sure that I entirely do. I just get overwhelmed with all the things there are to do." 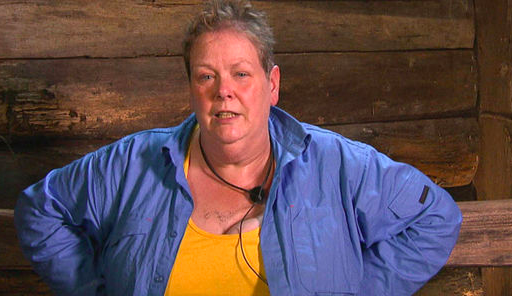 END_OF_DOCUMENT_TOKEN_TO_BE_REPLACED

Hegerty's openness was appreciated a lot by one person in particular - 11-year-old Joseph Hughes from Lancashire.

He wrote the Governess a touching letter to thank her for sharing her experience with autism and his own hope to have a "cool job" like her some day.

"My name is Joseph Hughes and I am 11. I live in Preston, Lancashire and I go to a specialist school. I was diagnosed with autism when I was five.

"I like to watch you on The Chase and now I have been watching you in the jungle. I think you are very brave for going in the jungle, I couldn't go there because there are too many bugs. You are very clever.

"Sometimes people are mean to me because I am autistic, but watching you makes me see that other people can have autism too and maybe I can have a cool job like you when I am older.

"Do you like Thunderbirds? I love them, my favourite is Thunderbird 2. I have drawn you a picture, I hope you like it.

"Good luck in the jungle. I hope you win."

The letter, shared on Twitter by Joseph's mother, has since garnered almost 5,000 likes and over 1,000 retweets.