Morrisons is only a year late

Management at Morrisons has told their staff that they do not have to work Boxing Day this year as a thank you for their continued work during the pandemic. This will be the first time ever that the store has shut its doors on Boxing Day. 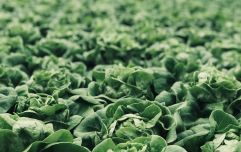 END_OF_DOCUMENT_TOKEN_TO_BE_REPLACED

Last year, the likes of Asda, Marks & Spencer, Pets At Home, Aldi, Lidl and The Entertainer all said they would remain shut on December 26, despite having remained open during past Christmas periods.

Other supermarkets like Morrisons, Sainsbury's, and Tesco did not give their staff the day off.

"The last year-and-a-half has been unlike any other," said Joanne McGuiness, national officer at shop workers’ union Usdaw.

“The pandemic meant shop workers stepped up and kept essential services running. We welcome Morrisons doing the right thing by their staff with the closure of supermarkets on Boxing Day.

@Morrisons I have just seen on the news,that you are letting your staff not work on boxing day,because they have been working during the pandemic.This is an insult,as they should at least be given a wage rise,and extended holidays,as they are still putting their live on the line

“Key workers have done so much this year and we are asking retailers to give their staff the longest possible break over the festive season to provide them with a well-deserved breather. We don’t think this is too much to ask for.”

The Yorkshire Evening Post has said concerns have grown over the past few months due to Morrison's becoming a privately owned business. Both of the private companies to bid for the supermarket chain houses Fortress and Clayton, Dubliner & Rice, have ensured that the quality of staff welfare will not drop.

"All shops should shut on Boxing Day. No one needs to go shopping the day after Christmas," writes Roch on Twitter. While Caroline writes: "Good. We can all survive without supermarkets being open on Boxing Day."

popular
Influencer criticised for photoshoot at her dad's funeral
Mum and boyfriend arrested after three children found living next to remains of eight-year-old brother
Cigarette and tobacco prices to rise at 6pm today
Dave Grohl responds to Nirvana lawsuit: "He's got a Nevermind tattoo, I dont"
UFC star Paddy The Baddy explains why he's 'Scouse not English'
Exclusive: RZA opens up about ODB signing with Roc-A-Fella and how it wasn't supposed to happen
Chilling footage shows rapper killing rival gang member in drive-by shooting
You may also like
Environment
Vegan installs hand sanitiser dispenser ‘full of blood’ outside butchers
News
Woman says she 'can't stop eating her dead husband's ashes'
News
Sainsbury's is selling pigs in blankets sushi for Christmas and the internet is divided
News
Salt Bae's London restaurant is being flooded with negative reviews
News
Vegans troll Salt Bae and his extortionate prices with cheeky stunt
Next Page