Over 1,2000 Scientists have slammed Boris Johnson's plans as 'unscientific and unethical'

The government has been urged to reconsider plans to end Covid restrictions on Monday with scientists warning it could have a monumental effect on the UK, and pose a “danger to the world”.

END_OF_DOCUMENT_TOKEN_TO_BE_REPLACED

Over 1,200 scientists have slated Boris Johnson's 'freedom day' as “unscientific and unethical”, The Independent reports. The experts met on Friday, warning that an end to legal restrictions would result in “herd immunity by mass infection”.

The warning comes as England's chief medical officer, Chris Whitty, admitted that we could be in another lockdown within five weeks.

Stop calling it Freedom Day.
It’s so dumb when the pandemic is still raging hard & UK’s now got highest number of new daily cases in the world. The Delta variant doesn’t know or care about July 19… all it wants is for us to remove all restrictions at the worst possible time. 👇 pic.twitter.com/DTe19DCY2n 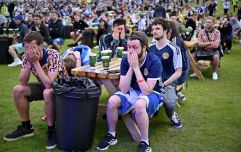 END_OF_DOCUMENT_TOKEN_TO_BE_REPLACED

Professor Michael Baker,  a member of the New Zealand government’s Covid advisory group,  said his colleagues were "amazed" and "astounded" that the PM is going ahead with the plans as he thought the UK had moved past its initial reaction of herd immunity.  “It seems now, strangely, that the UK is going back to that approach.”

“UK policy affects not only UK citizens, it affects the world. We cannot understand why this [unlocking] is happening," said Professor Jose M Martin-Moreno from the University of Valencia.

Professor Christina Pagel, a member of the Independent UK Sage panel, said: “Because of our position of a global travel hub any variant that becomes dominant in the UK will likely spread to the rest of the world.

How - when we’re a whisker away from 50k new cases daily - can @BorisJohnson possibly plough on with so-called ‘Freedom Day’?

He is abdicating all responsibility in 4 days time. 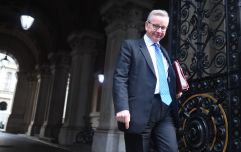 Why must Mason Mount and Ben Chilwell isolate when Michael Gove didn't?

END_OF_DOCUMENT_TOKEN_TO_BE_REPLACED

Professor Whitty has previously stated that there is “no clear evidence” that delaying the next step of England’s road map out of lockdown would make a difference in reducing the spread of Covid transmission. But Lancet editor-in-chief Richard Horton said Whitty was “wilfully misrepresenting scientific opinion” with claims that there was widespread support for Johnson's approach.

With scientific bodies unified in the belief that the UK is moving too fast, 'freedom day' is looking to be a tipping point in the battle against covid.

You will be able to order and drink at the bar from Monday.#FreedomDay 🍺

popular
Multiple fatalities after planes collide mid-air over airport
UK city named the 'most dangerous' in Europe, according to study
Incredible case of the only known individual whose parents were two different species
Mum cuts off boyfriend's 'private parts' after he 'tried to rape 14-year-old daughter'
Man gets full sized Stella tattoo on his head because he loves the drink that much
Pilots fly over destination airport at 37,000 feet - because they were both sleeping
Rachel Bilson says Bill Hader's 'big d***' is the thing she misses most about him
You may also like
Sport
RFU respond to Eddie Jones comments on "closeted" public schools
Sport
"Everything’s done for you" - Eddie Jones on how public schools influence English rugby
Sport
England Lionesses pen powerful letter to Sunak and Truss after Euros win
Sport
Inside the UK's biggest sports bar - set to open ahead of 2022 World Cup
Sport
Gary Lineker criticised for tweet after England's Euro 2022 victory
Next Page