We go first this week to friend of the column Jacob Rees-Mogg, a man who until recently was best known as a figure in light entertainment, courtesy of appearance on Have I Got News For You. Latterly though, he is the bookies’ favourite to become the next leader of the Conservative Party, and a leading voice for the batshit wing of his party. 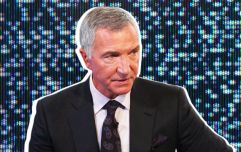 END_OF_DOCUMENT_TOKEN_TO_BE_REPLACED

You’ll recall that last week a speech by the MP for North East Somerset was interrupted by protesters. A video posted online showed scenes turning violent, with tussles involving Rees-Mogg, the protestors, and audience members.

One of the audience members shown leaping to the defence of Rees-Mogg was a man in a white shirt who, in the commotion, appeared to strike a female protestor in the face.

The website Swawkbox have identified White Shirt as Paul Townsley who, as well as being a middle-aged man who enjoys attending university speeches given by Rees-Mogg, appears to spend some of his free time dressing in Nazi uniform.

But all is not as it seems, according to Townsley’s wife. “He dressed up for a family do. He is a good man and a lot of people would support that.” Which is fair enough. You never get a lot of people supporting something bad, so that checks out. Let he who has never worn an SS uniform to a family do cast the first stone, as the old saying goes.

The whole thing, it turns out, was an unfortunate sequence of events. Man enjoys wearing a Nazi uniform. Man is interested in a politician and attends politician’s speech. Man defends politician in violent scuffle, and is caught on camera doing so. Rees-Mogg is clearly a mainstream politician whose mainstream views do not overlap with those of far-right extremists. This is an anomaly. A blip.

In unrelated news, Britain First sadsack Paul Golding posted a video online threatening those opposed to Rees-Mogg. “If you keep harassing people like Jacob Rees-Mogg,” Golding said in his video, “then you will get the Britain First cannons turned on you. We will find where you live, we will find where you work, and we will come down on you like a tonne of bricks,” he explained like a normal man responding normally to political opponents. 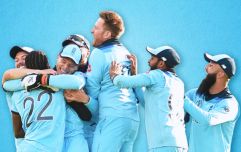 END_OF_DOCUMENT_TOKEN_TO_BE_REPLACED

Disturbing news now from Richmond Park. Zac Goldsmith, both former and current MP for the constituency, shared with his twitter followers a threatening letter recently received by one of his constituents.

The letter begins, 'We were born in Britain. We live in the UK. We are European.' It then reads, 'If you attempt to take away part of someone’s identity. There are consequences. We have watched have [sic] you have stoked the fires of Brexit and led us to this moment. You can no longer be tolerated. We are coming for you. We are going to kill you'. It is signed 'THE REAL 48 PER CENT'.

This morning my 80-year old constituent received this note. pic.twitter.com/6kJKK3Y0OA 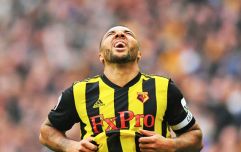 END_OF_DOCUMENT_TOKEN_TO_BE_REPLACED

The image shared by Goldsmith was a screenshot of an original image, characterised by two thick black bars running down either side. Some were quick to cast doubt upon the veracity of the letter, claiming it could easily have been written by Leavers in an attempt to smear Remainers.

On Monday 5th February 2018, a malicious communications allegation was reported to police. Officers from Richmond borough are investigating. No arrests have been made at this time.

Luckily, after Goldsmith tweeted out the letter, it was brought to the attention of the authorities.

Good news for the public. Once Goldsmith hands over the original copy of the letter along with the envelope it was sent in, the police can hopefully find the perpetrator and bring them to justice.

Everyone has bills to pay, and no one more so than Katie Hopkins. After losing jobs with both LBC and Mail Online, and following costly libel action, Hopkins finds employment opportunities increasingly hard to come by.

We join her this week in South Africa, where she is filming a documentary about anti-white racism with Tommy Robinson’s Rebel Media, because of course.

In order to drum up publicity for the project, Hopkins tweeted out a picture of her receiving medical treatment from local paramedics, after supposedly reacting badly to the drug ketamine.

In a stroke of luck for Rebel Media’s marketing team, Hopkins is currently stranded in South Africa after authorities confiscated her passport for “inciting racial hatred.”

You’ve got to put food on the table, I suppose.