FRINGE 2018: Faith, Christianity and how it shapes my comedy

The phrase above was my given answer to the many inquiries about my style of comedy very early on in my career. Whether they realise it or not, when people ask about your art, they are trying to gauge a multitude of things. For every one question asked, a Trinity of assumptions are made.

I’m a Christian and so I don’t want dirty jokes - are yours dirty?

I’m not a Christian and I don’t want your religion forced down my throat - do you do that on stage?

Are you even funny?

Is there a chance you’ll be famous one day and I’ll be able to tell people about this conversation we’re having?


What may be even more of a surprise is that the answer an artist gives is also trying to answer all your hidden questions. Stuck between the desire to be successful, to be likeable and the lack of experience is a well crafted answer designed to keep you on side. My answer can be translated as 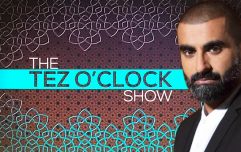 END_OF_DOCUMENT_TOKEN_TO_BE_REPLACED

I don’t think my comedy is TOO dirty

I’m not one of those judgy Christians

I’m very funny and witty. Did you not just see the wordplay in my answer?

I can’t think of any famous outwardly Christian comedians so I’m not sure I’ll be of value to you...but let’s hope so!

I would like to say I’m unashamedly Christian, but even if I’m not ashamed of Christ, I’ve often taken the posture of someone who is. I wouldn’t out and out deny Christ, but I’ve spent so much time with friends of all faiths and even of no faith that I know how Christians can come across and I’ve been so desperate not to be one of those guys.

It’s equally the reason I would never approach and chat up girls. I have way too many female friends who have been chatted up and then absolutely ripped the guy to shreds whilst telling me about it. I said to myself “Nah, that would never be me”.


I can’t speak for the rest of my colleagues but finding out some comedians are Christian is like a full-on exposé. The reason I never said I do “Christian Comedy” is because first of all I don’t know what that is. 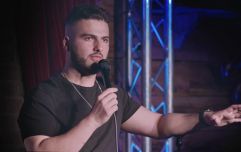 END_OF_DOCUMENT_TOKEN_TO_BE_REPLACED

Would I only do jokes about the Church and Bible characters? That would be like a tailor who only makes choir robes or a baker who only makes communion bread. Surely God has a lot to say to the rest of the world too. Why must faith “restrict” artistic expression? Can’t it just inform the expression?

As for my colleagues, they just may not be moved to say anything about it on stage or maybe they prefer to keep them separate. I know my favourite comic, Dave Chappelle, intentionally doesn’t promote his Islamic faith as he doesn’t want his flaws to be associated with his faith. I find honour in that, but personally I still feel a sense of responsibility to not hide, but actively work so I can portray the real journey of a progressive faith.

This is an amazing opportunity for me to write for JOE. I’ve been given space on a platform. What I now choose to do with that space will determine how you see me, and how you see JOE. If two weeks later, you see me online, joining in a conversation to support the trashing of this website or even denying I ever wrote for it, I think it would be fair for my article to be taken down.

In Luke 9:26, Jesus says “Whoever is ashamed of me and my words, the Son of Man will be ashamed of them when he comes in his glory and in the glory of the Father and of the holy angels.” I truly believe, that whether you believe in God or not, He has given us all a platform called Life.

We all choose what we will represent. Some choose to represent material wealth, a football team, a philosophy, sexuality, a genre of music, positivity, spirituality, or a political party. I say I would like to represent God here on Earth. So, how can I hope to make God proud, if I’m not proud to know Him?

The obvious point to note is that my faith and career are not really supposed to be in conflict. Said another way, I believe God called me to be a comedian. Many ask how, and there’s a very interesting story about a supernatural encounter I had in East Croydon station but that’s for another day. So if God has given me this gift, it’s only fair that I use it correctly.

The Good News is I’ve changed quite a bit and I think it’s part of a general awakening in society. People are stepping out of the shadows and being more unabashed in their way of life. Entertainers and sportspeople are showing open declarations of faith in arenas that may not seem to be readily associated and I think it’s wonderful.


My concern has always been that I never want to focus so much on coming across as a Christian that I never actually truly grow as a Christian. It’s almost like I can spend so much time performing, I forget to be. As I’ve grown as a Christian, it has affected all areas of my life, including my comedy and I think that’s how change is supposed to be, from the inside out. 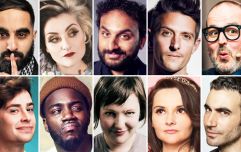 END_OF_DOCUMENT_TOKEN_TO_BE_REPLACED

On my special, The Comedian and his Future Wife, there’s a joke very near to my heart about giving up sex before marriage to follow my faith. Performing that joke all over the world has been an absolute gift from God, in the way it has connected with people from all backgrounds.

I have been able to discuss pornography in a funny, honest and faith-informed way you don’t hear most comedians discuss it. So this whole time I’ve been trying to negotiate my faith and my art, it’s almost as though my faith was actually the key to my art. Never has that realisation rung more true than now.

Just over a year ago, I created the one thing I’m most proud of in my career to this date. I just offloaded thoughts to my wife on a Sunday evening about a show idea and that’s how Sunday Service with Ola was born. Sunday Service is a concept comedy show with a church service theme. Sunday Service is for Saints and Sinners alike. There’s no blasphemy of course, but I just borrow one of the most easily recognisable formats in the world, for what turns out to be an amazing comedy show.

I have comedians of all voices perform their standup, we have group discussions with the audience, I read out confessions and dilemmas from the audience anonymously and we all stand up to sing a song at the end. From the moment people walk in and get their free fake communion of pizza and ribena to the point they drop their offerings (donations) at the end I’m able to translate some of the beauty of the church to anybody willing to come.

Sunday Service does not replace church but reveals something beautiful about the way God has designed it. Sunday Service is like a holiday picture. It doesn’t show everything or fully capture the experience, but it gives you an accessible representation.

Sunday Service has gone from a crazy idea to a real regular show in the heart of London, to being picked up by a private members club and now onto the largest arts festival in the world, The Edinburgh Fringe Festival. So many people have shown me how I incredibly underestimated the humans around me. I really had nothing to be ashamed about.

The Kingdom of God is not about kidnapping unbelievers and I know this but I was worried others didn’t. Yet people of all faiths enjoy my perspective on stage and my concept show. Most of the Sunday Service Team are not Christian but give their time consistently because they believe in the project. Many of you read the article and didn’t even realise I used the words

“Trinity” and “The Good News” (that’s what “The Gospel” means), in an everyday context. You most likely didn’t freak out or feel Bible bashed and so I know the problem was with me. In fact I look back on all the worries I used to have and think “Nah, that could never be me”

Tickets for Sunday Service with Ola are available here.

You may also like
Entertainment
The best tricks to winning seemingly impossible bar bets
Sport
The FootballJOE Quiz: Week 2
Entertainment
Tom Holland's guide to being a good big brother
Life
After Love Island: Will Caroline Flack’s death change our online culture?
Sport
Can you learn BMX stunts from a pro in one afternoon?
Next Page