You can now share the adventures of Rick and Morty. Wubba Lubba Dub-Dub!

Given the gruesome end that plenty of supporting characters have met in Rick and Morty, it's probably a good idea to avoid Rick Sanchez. 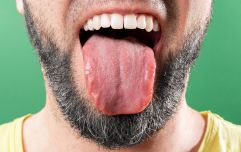 END_OF_DOCUMENT_TOKEN_TO_BE_REPLACED

Who can forget the massacre of  those unfortunate Mr. Meeseeks? What about the execution of Mr. Poopybutthole? All this without mentioning the fact that Rick somehow managed to turn the entire world into a bunch of sex-crazed insects.

Yeah, we love that show also!

Still though, we would give our last sachet of szechuan sauce just to travel to another dimension with the hilarious duo.

If you feel the same way, we have some good news for you because Adult Swim Games and Owlchemy Labs have a new Vr game that's genuinely the most realistic simulation of the Rickstaverse ever.

A new virtual reality game is being released on April 20 and it starts in Rick's garage lab where you'll be able to grab stuff, throw stuff around, and hop through portals.

Do you want to know the best part? There's real fake doors!

We're also hoping to get the chance to meet Ants in my Eyes Johnson or have a guest role in Ball Fondlers. 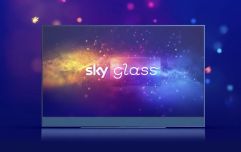 END_OF_DOCUMENT_TOKEN_TO_BE_REPLACED

Alex Schwartz, CEO of Owlchemy Labs, has said that he's  confident "fans are going to lose their minds at what we've developed. It's been an incredible experience to develop for one of our favorite shows and see the joy on players' faces when they get to explore Rick's garage in VR, physically step through portals, and interact naturally with their hands in the world they're already so familiar with. Players are interacting with the world of Rick and Morty in a way only possible in virtual reality, and they love it!"

Rick and Morty Virtual Rick-Ality will be available on HTC Vive and Oculus Rift headsets on Steam and Oculus Home from Thursday, April 20