Zaha had shared screenshots of the abuse

Police have said the 12-year-old boy who sent racist messages to Wilfried Zaha is 'extremely remorseful' for his actions.

END_OF_DOCUMENT_TOKEN_TO_BE_REPLACED

The Crystal Palace forward had shared screenshots of the sickening abuse he received on social media prior to his side's Premier League meeting with Aston Villa in July. West Midlands Police arrested a boy from Solihull shortly afterwards.

Police say Zaha was supportive of the work they had done with the boy. This is said to have included working alongside anti-discrimination charity, Kick It Out.

"The boy was extremely remorseful for his actions and has received education sessions as part of the restorative justice process," a spokesperson for West Midlands told BBC Sport .

"This was victim-supported and led by Kick It Out.

"The sessions provided a greater understanding of equality, diversity, discrimination and what is unacceptable behaviour.

"They also highlighted the impact of hate crime on others and further punishments if he re-offends. We continue to work with the boy and there has been no repeat offending since."

The incident in July was not the first time Zaha has opened up about being on the receiving end of racist abuse. In an interview given in 2019 he said he was racially abused during most games. 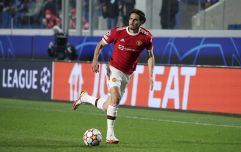 END_OF_DOCUMENT_TOKEN_TO_BE_REPLACED

"Nearly every game I’m called a monkey or a n***** or a whatever," he explained. "Imagine if I really got down about that?"

He continued: "I don’t know if we’re animals to them or whatever. Why is this okay?

"Why are you saying these things right next to your five-year-old kid? And then, when you leave, what, you’re back to being a normal dad, working a normal job?