The world number one-ranked women's tennis star Ash Barty has announced her retirement from the sport at the age of 25.

What did Barty say?

END_OF_DOCUMENT_TOKEN_TO_BE_REPLACED

During a six-minute post on her Instagram account, Barty also revealed that she was retiring as she felt the time was right, as oppose to being forced into ending her career.

"I just know at the moment, in my heart, for me as a person, this is right," an emotional Barty said.

"I don’t have the physical drive, the emotional want and everything it takes to challenge yourself at the very top level any more. I am spent." 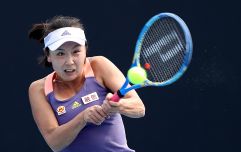 END_OF_DOCUMENT_TOKEN_TO_BE_REPLACED

Barty has previously walked away from the sport in 2014, when she left the tour card for almost two years after suffering from burnout, as well as feeling overwhelmed from the pressure and extensive travelling required, just three years after becoming the Wimbledon Junior Champion at the age of 15 in 2011.

After spending some time playing as a professional cricket player, the 25-year-old did return to the sport, rising to the top of the game.

Winning her first Grand Slam in 2019 at the French Open, the Australian also managed to win at Wimbledon in 2021 before becoming the first Australian to win the Grand Slam on home soil in 44 years in January of this year.

Barty also confirmed that a formal announcement would take place at a press conference which is due to take place on Thursday.