It makes perfect sense, which probably means it won't happen

Wolves face the daunting prospect of having to start a new season with only three weeks rest after their 2019/20 season last 383 days, due to their progress from qualifying rounds to the quarter-finals in the Europa League.

The Premier League is due to commence on September 12, but Nuno Espirito Santo has ordered his team back to training for September 1st to prepare for the new campaign.

Manchester United and Manchester City have both made it to the semi-finals of the Europa League and Champions League respectively, and will have their first Premier League game postponed by a week as a result. Wolves were knocked out the round before but will be suffering just as much, if not more from fatigue, and believe they should be entitled to the same break, according to the Daily Mail.


Wolves believe there is a simple solution: if the Manchester clubs were drawn against them and Chelsea - who also played Champions League football in August - for match day one on September 12th, allowing them all an extra week off. 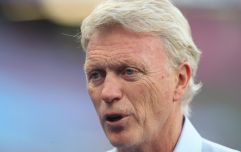 END_OF_DOCUMENT_TOKEN_TO_BE_REPLACED

The Mail report that Wolves have contacted Chelsea to make them aware of the proposal they are putting forward to the Premier League.

Chelsea manager Frank Lampard has suggested he would be in favour of such a measure. Speaking after his team's Champions League defeat to Bayern Munich, he said: "hopefully they give us a fair start to next season."