Need we remind you that we're very much in the thick of transfer silly season? 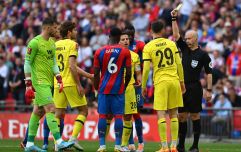 END_OF_DOCUMENT_TOKEN_TO_BE_REPLACED

Make no mistake about it, that special time of the year is here. You can smell it in the air.

Football fans are downloading special apps to track chartered private jets across continents. They're convincing themselves that a player has deleted the name of their current club from their Twitter bio. They're even starting to believe what Indy Kaila tweets.

With all this in mind, it's easy to understand why Wilfried Zaha has sparked a bit of excitement... 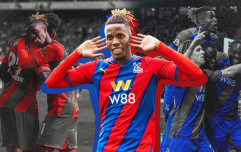 Wilfried Zaha finally has the Crystal Palace team he deserves

END_OF_DOCUMENT_TOKEN_TO_BE_REPLACED

The Crystal Palace winger has been linked with a move away from Selhurst Park this summer with Tottenham Hotspur repeatedly said to be sniffing around. Because of this, a dedicated bunch of Spurs fans have seemingly been intently watching his social media accounts for any hint of evidence to suggest he might be about to move.

And on Friday, they struck gold.

While some have debated the suggestion that Zaha has removed Crystal Palace from his Instagram bio, it's easy to see why so many have started to get giddy about the message he posted on his Instagram Stories.

'Today is the day I make a change with everything,' it reads.

This, obviously, was taken by many as a sign Zaha was on the brink of a change of clubs.

Spurs aren't the only club to have been linked with a move for the Ivory Coast international. Reports from Germany have even suggested a transfer to Borussia Dortmund might be a possibility.