Could selling Kanté actually be in everyone's interests?

N'Golo Kanté has been linked with a move to Inter Milan that would see him reunite with his former Chelsea boss Antonio Conte. As Inter look to build on their progress this season to mount another title challenge next term, Kanté could be a transformative signing, just as he was for Chelsea in 2016.

Frank Lampard initially seemed reluctant to allow one of the club's most valuable assets and arguably the best ball-winning midfielder in the world to leave the club. But recently he has relaxed his stance, indicating that Kanté's recurring injuries this term could persuade him to sell, although not cheaply.

"That will be a very open conversation between myself and N’Golo and our strength and conditioning coach and our medical team," said Lampard before Chelsea's 3-0 defeat to Sheffield United last week.

At first glance, selling a player of Kanté's quality seems nonsensical for a team looking to re-establish themselves as title challengers - especially when Chelsea have been so defensively suspect all season.

Why would you sell a player who won back-to-back Premier League titles with two different clubs and then a World Cup the following year? Perhaps the answer lies in how Kanté won those trophies - and how those teams were set up to complement his strengths.


When Leicester won the Premier League against all odds in 2016, their title winning form was kickstarted by a tactical tweak from Claudio Ranieri, who moved Kanté from the wing into the centre, instructing him to win the ball and instigate counter-attacking moves. Or as Leicester's assistant manager at the time Steve Walsh put it: they played "three in midfield, Drinkwater in the middle with Kanté either side." 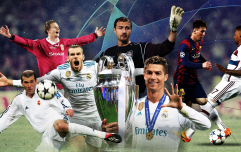 END_OF_DOCUMENT_TOKEN_TO_BE_REPLACED

That brilliant season earned Kanté a move to Chelsea, where Conte would use him in a similar role alongside Nemanja Matić in a 3-4-3 system. It was a 3-0 defeat to Arsenal in the early stages of the campaign that forced Conte to shake things up and use his favoured wing-back system, with Kanté afforded more licence to press higher up the pitch. Once again this tactical shift led to Chelsea taking the league by storm and winning it by a 17-point margin.

Fast forward another year and Kanté won the World Cup with France. Didier Deschamps' pragmatic 4-4-1-1 formation was set up for Kanté perfectly. Once again he was played in a two-man midfield, next to Paul Pogba, and once again this tactical tweak came after Deschamps had experimented with a more expansive 4-3-3 in the opening match of the tournament. Out went Ousmane Dembele, in came Olivier Giroud Giroud and you know the rest.

Lampard now has a choice to make: either adjust the team's structure and style to play to Kanté's strengths, or sell him for a huge fee that could go towards bringing in new defenders more in line with his vision for the future.

While other managers were prepared to build around the midfielder at the peak of his powers, Lampard is aware that relying on a 29-year-old Kanté who has struggled with injuries over the past year may not be the guarantee of success it once was.


popular
The JOE Friday Pub Quiz: Week 203
59% of Brits do not consider a Magnum to be an ice lolly, extremely controversial YouGov survey finds
Fan fury over missing name from Premier League Manager of the Season nominations
I'm A Celebrity relocates to the UK because of COVID
England could lose several promising youngsters to Jamaica
England Rugby scrap sevens team due to impact of COVID-19
FBI swat team raids the home of controversial YouTuber Jake Paul