The past is gone, so we look to the future

England's World Cup semi-final defeat to Croatia was heartbreaking for the country. Despite the fact that Gareth Southgate's side had exceeded all expectations in reaching the last four, one couldn't help but think 'what if' as the final whistle blew.

Thankfully, and unusually for an England tournament exit, the defeat was not one greeted with anger or bitterness, but instead positivity, optimism and above all, hope.

This hope has inspired people to look to the future rather than dwell on England's elimination, and wonder what this young squad of players could achieve given another two years of experience.

In theory, this will give football yet another chance to come home, and give Baddiel, Skinner and the Lightning Seeds the chance to re-release Three Lions yet again.

So, as we look to the future, join us in hypothesising over what this England team will look like as it takes to the field for Euro 2020.

NB: The first eleven for this team is based on the assumption that Southgate will continue using his favoured 3-5-2 formation.

After his heroics in Russia, it would take something drastic to take the number one jersey away from the 24-year-old any time soon. He'll be England's goalkeeper at Euro 2020, and likely for six or seven years after that. 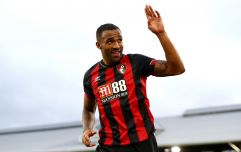 END_OF_DOCUMENT_TOKEN_TO_BE_REPLACED

Like Pickford, Maguire has had a stellar tournament for the Three Lions and has become a cult hero in the process. Throughout his career he has shown an uncanny ability to rise to the challenges presented to him. If he continues to improve, a move to a bigger club - and a consolidation of his England place - looks almost certain.

Stones is a good player who is being coached by one of the world's best in Pep Guardiola. He impressed throughout the World Cup but his lapse in concentration which allowed Mario Mandzukic to score Croatia's winner in the semi-final showed that he's not the finished product yet. He's still young though, and will only get better. He'll start for England in 2020.

Trippier has been one of the revelations of the World Cup. From the first game he has impressed, proving that he is one of Europe's foremost attacking right-backs when playing in the right setup. He'll be 29 by the time Euro 2020 comes along and, providing he doesn't lose a yard of pace, will be hard to supplant.


An outside shout for inclusion in Southgate's squad despite never having played in the top flight, Sessegnon is - barring an unimaginable stall in his progression - close to guaranteed to become England's left-back for the next decade and a half. His speed, intelligence, technical skill and attitude will mean that he is a worthy addition, and likely a world class one. 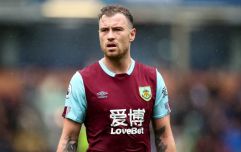 Should Ashley Barnes be picked for England?

END_OF_DOCUMENT_TOKEN_TO_BE_REPLACED

There were question marks from some over Henderson's suitability to set the tone for England's midfield in the pivot role and he has answered almost all of them. He'll be 30 by the time Euro 2020 comes along and, having benefited from two years of playing alongside Fabinho and Naby Keita, will probably be an even better player.

Alli has had a mixed tournament for England. Despite not showing his true ability, he popped up with some vital contributions, most notably his header to kill off the quarter-final against Sweden. Fans will hope that he can show his Spurs form for England in Euro 2020, and he'll almost certainly be given the opportunity to do so.

The Manchester United midfielder has made enormous leaps and bounds in his development in the last three years and made an impact on all of England's World Cup games. As liable as he is to miss a chance like the one against Croatia, he's just as likely to score a stunner. Will only be replaced if the likes of Jack Grealish make huge strides in the next two years. If not, he'll start.

Sterling has been singled out for a large amount of criticism throughout the World Cup and the vast majority of it has been unfair. Yes, his finishing remains below the level that it should be, but his off-the-ball movement and intelligence make possible so much of what makes this England side a pleasure to watch. He's also just 23 years old, and will only get better.

The Stoke goalkeeper is not the player he was before a major injury layoff but remains an able deputy. Providing Pickford stays fit and in form, Butland will likely remain England's number two for years to come.

Southampton's latest signing, the 22-year-old's quality persuaded them to part with £13.5 million for a goalkeeper with just one season of senior football to his name. There's a very good chance he'll be challenging Butland and Pickford in two years time.

Injury and the resulting lack of playing time prevented Rose - the best left-back in Europe two season ago - from being England's starting left-back in Russia. He'll be 30 by the time Euro 2020 comes along and providing he's fit will make the squad.

The Liverpool defender enjoyed an exceptional season for Jurgen Klopp's side and with another two years under the German manager will be an even better player. Trippier's quality will likely relegate him to the bench, but he'll be in contention.

Still just 21 years old, if Gomez becomes a fixture in Liverpool's first team he'll almost certainly be included in the Euro 2020 squad. The fact that he can play at either right or centre-back means that he'll essentially fill two roles, something essential for a team deploying attacking wing-backs and with a team full of such an abundance of attacking options.

The former Leeds United man has steadily grown into his role at Bournemouth and his development has not gone unnoticed by the FA. A star for England's under-21 side, it will be a surprise if he isn't given the chance to make the step up in the next 12 months.


Unfortunate to be left on the bench here, Loftus-Cheek will be seriously challenging for a place in England's midfield for Euro 2020. Whether he remains with Crystal Palace or makes a move elsewhere, the 22-year-old will almost certainly be a better player in two years.

Another player on the FA's radar, the former Chelsea midfielder has made strides since moving to Watford. He has fans at St. George's Park - Gareth Southgate among them - and will be given the opportunity to stake his claim.

The former Ireland youth international enjoyed an incredibly impressive season in the Championship for Aston Villa in 2017/18 and has been strongly linked with some of the Premier League's best sides. Whether or not such a move materialises this summer, it is only a matter of time before he leaves Villa Park. If he does so, and impresses, he'll be difficult to leave out of any England squad.

Though not appreciated by Sam Allardyce during his time at Everton, Lookman showed just how good he is - and just how poor Allardyce's judgement was - by excelling during his loan spell with RB Leipzig. By no means the finished product, two years worth of development should help elevate this technically gifted and speedy forward to a higher level.

Another player who has impressed in Germany, Sancho was rightly praised by his belief and confidence in leaving Manchester City for Borussia Dortmund in 2017. An indication of the esteem with which he is held by his club, the 18-year-old was handed the number 7 shirt after arriving at the Westfalenstadion. He's only set to play more over the next two years, and he'll only get better.

In two years Rashford will be hoping that he is competing with Raheem Sterling for a place partnering Harry Kane in England's front line. Whether that will require him to leave Manchester United remains to be seen, but it remains highly unlikely that he will miss out on the squad under any circumstances.


popular
QUIZ: Match these football stadiums to their cities
The JOE Friday Pub Quiz: Week 178
This is why Jurgen Klopp refused to speak to The Sun
Alessandro Del Piero on why he loves this Liverpool team
The best Pro Evolution Soccer XI of all time
Hitting the gym with Adam Bishop - Britain's Strongest Man
QUIZ: The hardest Gavin & Stacey quiz you'll ever take