He heaped praise on his former team-mate

You may have heard already, but there's no harm in reminding you that Tottenham have gone through an incredible transformation under Mauricio Pochettino since he arrived at the club in 2014. 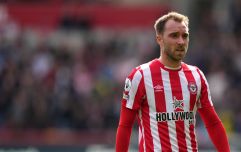 END_OF_DOCUMENT_TOKEN_TO_BE_REPLACED

Pre-Poch, the perennial under-achievers flattered to deceive and would rarely step up in big games, but Pochettino has gone some way to changing that culture at Spurs. They haven't won a trophy under him yet and are sometimes mocked for 'putting the pressure on' during both Leicester and Chelsea's title winning campaigns in the past two years, but the progress they have made should not be understated.

Ryan Mason, who sadly had to retire recently due to the head injury he sustained just over a year ago while playing for Hull, was a key figure in the 2014/15 Spurs side during Pochettino's first season, and saw the start of the process first hand. Speaking on BBC Radio 5Live, he spoke about how one player in particular helped change the culture at the club.

That player: Erik Lamela. The Argentine had a tough start to his time in England, suffering from injuries and the burden of replacing Gareth Bale, but under Pochettino he picked up form and began to show why Spurs forked out such a big fee for him.

Mason recalls a culture around the club of being "a little bit soft" and that a few players helped to change that attitude.

"We cared about the club, we wanted to win and we wanted to get dirty and Coco [Lamela] is one of these players who... He loves football."

"I've never come across anyone in the game who loves the game as much as him."

Lamela is clearly very loved by Pochettino, and Mason explained why the manager is so fond of 'Coco'.

"I think the reason the gaffer picks him is 1), he trusts him, and Coco will never give anything less than 100%."

"He's got this ability to create a bit of brilliance." 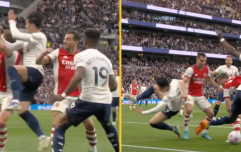 END_OF_DOCUMENT_TOKEN_TO_BE_REPLACED

Lamela has not had the easiest time over the past year. He missed more than 12 months through injury, a depressing time made worse by the loss of his beloved dog and his brother suffering from an injury that put him in a wheelchair.

Mason can empathise with Lamela's off-field struggles, and gives full credit to Lamela for emerging from a traumatic time fitter and stronger.

popular
Tourist dies after losing arm and leg in shark attack at popular resort
Jordan Peterson suspended from Twitter over Elliot Page comment - says he won't apologise
Stranger Things: Spotify will choose which song would save you from Vecna
Threesome sees 60-person brawl break out on cruise ship, says passenger
Adele fans have 'mad respect' for her after she stopped her Hyde Park gig to help someone in distress
The JOE Friday Pub Quiz: Week 301
Tottenham fans will love Richarlison's Arsenal Instagram message after transfer
You may also like
Sport
Antonio Conte confirmed as new Tottenham manager
Sport
Harry Kane could play for Spurs against Man City in first Premier League game
Sport
Why Man City should prioritise signing Harry Kane over Jack Grealish
Sport
Rio Ferdinand hints at double standards in treatment of Harry Kane & Paul Pogba
Sport
Fans react as Mourinho is sacked by Spurs hours after ESL announcement
Next Page