A day to forget for Sampdoria

Inter Milan's inconsistency has cursed them this season. Under Luciano Spalletti they have improved significantly and captain Mauro Icardi has continued to score with impressive regularity, but sloppily dropping points has seen them drop away from the title race. This afternoon, though, they were firing on all cylinders and romped to victory smashing five goals past Sampdoria at the beautifully named Stadio Luigi Ferraris. 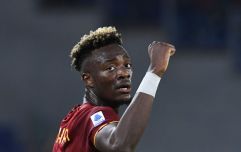 Almost all Serie A players are vaccinated against Covid, compared to half in Premier League

END_OF_DOCUMENT_TOKEN_TO_BE_REPLACED

The star of the show was former Samp star and Inter talisman Mauro Icardi. After Ivan Perišić had opened the scoring, Icardi was quick to double Inter's lead four minutes later from the spot. He then went on an unstoppable run and completed a hat-trick before half-time.

The Argentine also grabbed a fourth goal shortly after the second half began, and was subbed off just after the hour mark. His exit was jeered by the home fans, predictably displeased at the scoreline and the way their former player celebrated their humiliation.

There were 21 minutes of gameplay between Icardi's first and fourth.

Inter's third and fifth goals, Icardi's second and fourth, are the stand out finishes. The instinctive back heel and the delicate technique used for the final goal show just why he is so highly rated among viewers of Italian footbal, and how he managed to join the Serie A 100 club at the age of 25.

popular
Pizza Hut customer outraged over 'sexual' ketchup label that reads 'shake, squeeze and squirt'
How did Brian Laundrie’s parents find his remains in a few hours?
The JOE Friday Pub Quiz: Week 266
St James' Park to get new name under Newcastle new owners
Taliban 'behead junior volleyball player and post photos of her head on social media', report says
Liverpool to hold AFCON talks in attempt to reduce player absences
Alec Baldwin asked 'why was I handed a loaded gun?' after fatal on-set shooting
You may also like
Sport
Jack Wilshere trains with Serie B team in hope of deadline day move
Entertainment
Seven things to watch to quench that football thirst before the new season kicks off
Sport
WATCH: All the best goals from Serie A gameweek 38
Sport
The Best Goals of Serie A - Week 37
Sport
WATCH: Best goals from Serie A, week 35
Next Page