By now you'll be aware that Brighton and Hove Albion have been promoted to the Premier League, following their 2-1 victory over Wigan and Huddersfield's draw at Derby County. It's been a long wait for their loyal fans, but next season they'll be competing in the top division in the country for the first time since 1983. Although that was before the Premier League invented football, so it clearly doesn't count.

Promoted Brighton & Hove Albion will become the 48th team to play in the #PL in the 2017/18 season pic.twitter.com/J9zZaDAht7 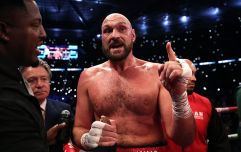 END_OF_DOCUMENT_TOKEN_TO_BE_REPLACED

You may not be aware that their still relatively new Amex Stadium is a short trek from the centre of Brighton at the village of Falmer. Many fans make their way across via a short train journey. As you can imagine, the atmosphere on the trip home was a little more rambunctious than usual on Monday - but it wasn't just the supporters who were celebrating promotion on the victory train.

The players were in the thick of it too in a fantastic show of togetherness between footballers and fans you rarely see in this day and age. Jamie Murphy, Jiri Skalak and Oliver Norwood were all filmed crowdsurfing in a carriage over the top of supporters heads. Brilliant stuff.

Brighton players on the train back to the city with the fans. Class. 👏🏼 #BHAFC pic.twitter.com/v3MmhHPGbb