Tickets for UFC London are about to go on sale

UFC Fight Night London is not far away, and it's set to be an incredible night, with several star-studded fights taking place at the O2 Arena in North Greenwhich. 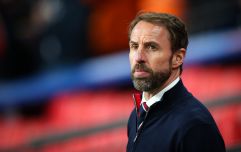 END_OF_DOCUMENT_TOKEN_TO_BE_REPLACED

The event will take place on March 16th, giving you six weeks to buy tickets, which go on general sale this Friday, February 1st at 10am via ASX and Ticketmaster. But of course, you will want to get in fast as they are hot property.

Prior to tickets going on sale, fans are encouraged to register an account early with AXS and Ticketmaster to avoid any delays when purchasing.

Fight Club members will have the opportunity to purchase tickets on Wednesday, January 30, at 9am. Newsletter subscribers, and those who registered their interest in this event, will gain access on Thursday, January 31, at 10am. 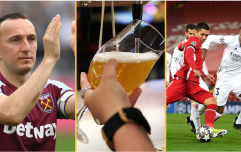 END_OF_DOCUMENT_TOKEN_TO_BE_REPLACED

UFC Fight Night London marks the 11th time a UFC event has been held in England’s capital, and features some mouthwatering fights for your entertainment.

England's own Arnold Allen will also fighting against Jordan Rinaldi, with Allen boasting an impressive 13-1 record.